The looming PPI deadline is now just one year away. The 29th August 2019 seemed far away when it was first announced, but it’s fast approaching and the banks are busier than ever. Lloyds Banks Group expects 13,000 claims per week until the deadline and has set aside nearly £20 billion to cover the influx of new PPI claims.

That figure covers nearly two-thirds of the total amount repaid to customers for mis-sold PPI. The latest figures from the Financial Conduct Authority (FCA) reveal that nearly £32 billion has been paid to consumers since 2011.

The aim of the FCA deadline is to encourage people to make a claim, rather than put it off. Now is the time to claim PPI: don’t leave it until 2019 or after the summer holidays. You could have a sum of money waiting for you at the bank.

What Exactly Is PPI?

You’ll be forgiven for not knowing what PPI is. The acronym is used commonly, but many people still don’t know what it means. PPI stands for Payment Protection Insurance. This insurance was sold alongside mortgages, loans, credit cards and more to cover repayments in the event of sickness or unemployment. For some people, the insurance was very useful.

But during the 1990s, the banks realised it was a lucrative product that could make them a lot of money. As such, they began to mis-sell it to customers. Mis-selling tactics involved:

Since the mis-selling scandal came to light, millions of consumers have made PPI claims to their bank for a refund.

How Far Back Can I Claim PPI?

Although the height of mis-selling took place during the 1990s and early 2000s, many PPI policies were mis-sold before this. There is no time limit for when you can make a claim. This means that if you find a policy from twenty years ago that was sold with PPI, you are able to make a claim. Many people have made successful claims from cases dating back long before 1990.

How Can I Make a PPI Claim?

Making a claim is simple, but it can be a lengthy process if you have no paperwork. Here are the basic steps to make a claim:

How Long Does a PPI Claim Take?

The bank will notify you when your claim has been received. From this date, it should respond within eight weeks. However, for particularly old or complex cases, it can take longer. You can expect the whole claim process to take up to six months. However, the wait will be worth it if you receive a cheque at the end!

How Much Will I Receive?

The FCA states that the average claim amount is £1,700. There are a number of factors that contribute to how much you will receive from the bank, including how old the claim is and how much you paid for PPI. In one noteworthy case, the claimant received over £100,000. This is why it’s always worthwhile checking if you had PPI.

What if My Claim Is Rejected?

If your claim is rejected, it’s not the end of the road. If you believe that you have a strong case, you can refer it to the Financial Ombudsman. However, the Ombudsman has a plethora of claims to handle, so you could be waiting months, or even years, for your PPI claim to be resolved.

That being said, there is one more way you may be able to make a PPI claim, and this is thanks to the Plevin rule. The Plevin rule means that if your PPI sale consisted of more than 50% commission and you were not aware of this at the time, this also constitutes a form of mis-selling. At the time of the mis-selling scandal, many banks made 67% commission on a single PPI sale, which means you’re likely eligible. You can make a claim citing Plevin even if you were aware that you were sold the policy, but you weren’t told how much commission was on the sale.

If your claim is rejected the first time, wait six months and try again citing commission — or Plevin — as your reason for the policy being mis-sold.

With the information above, hopefully, you will now feel confident about making a claim — whether on your own or using a reputable PPI claims company that charges a low fee. Most importantly, make sure you make your claim before the PPI deadline arrives in a year’s time. 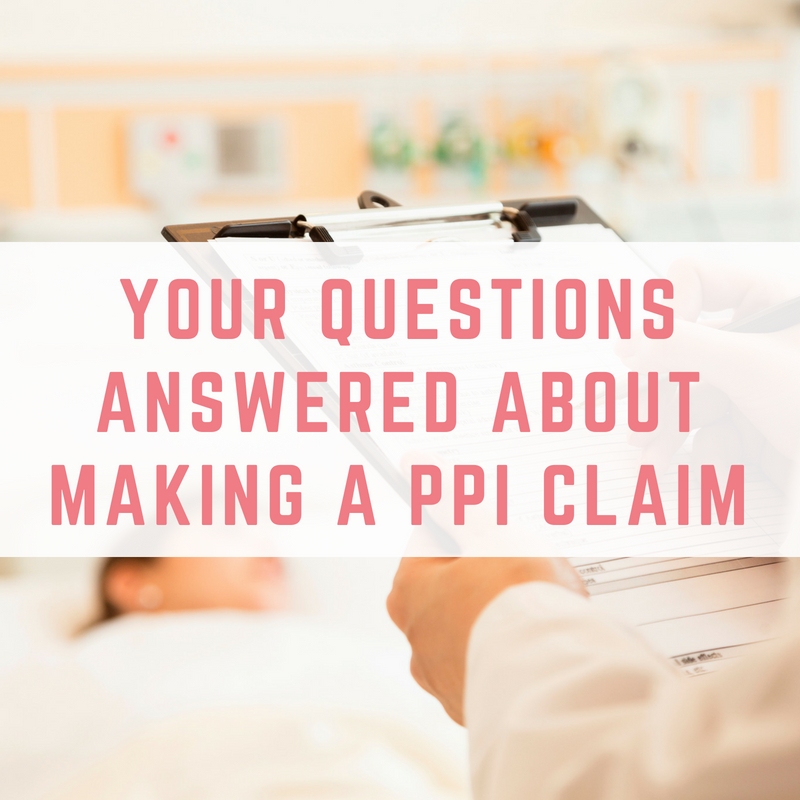