When it comes to sports, there are a few that are capturing the hearts and the minds of people all around the world. Even those who aren't particularly fond of sports, are betting their lives away trying to win some money. Or get hooked on some of the big events, just for the thrill of being part of the atmosphere that they bring. The way that sports are now showcased, makes them more like a show. MMA is all about putting on a show, football is surrounded by drama, and everything else has their own little quirks that make them geared up towards pleasing the people. And if there's one thing that all sports have in common, it's that they definitely please the people. So are you a sports addict or not? If not, then perhaps you'd like to find a sport to hook your mind, try your luck with, and become part of a community that has a passion. To do so, you're going to have to find a sport that you actually enjoy, rather than finding yourself staring at a screen hoping that a bet will come in, but not too sure as to how it will be if it does. So, keep on reading, and we'll try to decide which sport holds the champion crown, and should capture your attention. 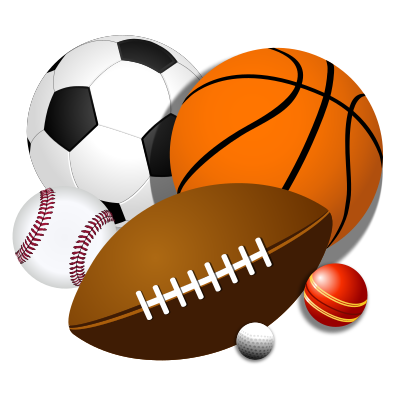 Boxing is definitely one that has become more popular over the years, most certainly recently. It's a sport that's perfectly calculated to please the crowd, and every punch gets you hooked on the edge of your seat. People also feel some sort of union to a lot of the boxers. Professionals such as Anthony Joshua won medals at the Olympics before he went into the boxing that he is doing now, meaning people already had that national love for him. This one is an easy one to get into, because it's so easy to understand. Rounds are won by the amount of punches thrown, the type of punches, or by knockdowns or knockouts. When a boxer is knocked out, the match is won entirely. Some of the best boxing fights have been held in the last two years, meaning that betting is at an all time high with it. People who understand the sport, and understand the athletes who are competing, are winning a lot of money from it. But you really do have to understand the competitors, their strengths, and who they're playing against, if you want to win a little bit of money. But as far as it goes, if you're going to understand any sport and get money from it, it's going to be boxing. Plus, there's often such a food atmosphere when watching this one. Bars all up and down the country host big screens watching the game, causing big crowds to come, and a great drinking atmosphere. So if you're looking for a good night out, just head to a bar when the next big fight is on!

MMA is definitely one that has changed in people's minds. Thanks to the likes of Conor Mcgregor, the world has never been more hooked on MMA. Although he has now said to have hung up hi ls MMA gloves, the world is still hooked on the violence and brute that MMA brings. This is another one that's super popular with people who are looking to make a little bit of money however you do really need to know your stuff. Each competitor has their strengths and weaknesses, making them either a strong or weak suite depending on what the others weaknesses and strengths are. This again I'd based on round points, won by skill and precision, and by tapping out or knockouts. There's so much skill and discipline that goes into this sport, and again it's great for finding yourself in a bar watching one. This is also a good one for you to get into as your own hobby. Due to the popularity of the sport, more and more people are taking to amateur clubs to try and build up their skills. Even if you just keep it as a hobby and don't actually ever compete, it's a great one to get into just for your fitness and discipline. There are clubs that take people of all ages, strengths, and abilities. So don’t feel like you’re going to be the odd one out giving this a go.

Football is the long standing favourite for most males, and now even females. Football carries a lot of drama around it, and that’s one of the reasons why so many women are now watching it. Funnily enough, both the British and American versions of football are now becoming very popular. American football seems far more complicated to the British, and British complicated to the American. We’re not going to bore you with explaining the rules to both of these, but we will tell you why they’re so popular. They’re popular because of the many tournaments that surround them, the close links to cities and towns that football brings, and the competition. The world cup brings so much attention to football where Britain is concerned. The US has their football season that’s popular throughout, and games are now being played in the UK. Definitely one to follow if you can find your passion for a team.

We wanted to finish off with the olympics, because this one should definitely hold the crown. There’s so many different sports wrapped into one with this, and there’s a sense of pride when rooting for your country. The olympics might only come around every four years, but when it does we feel like enough people don’t take advantage of the huge event that it is. The olympics is happening next year, so you have plenty of time to get accustomed with how they work, the sports you might like to try and see, and perhaps even going out to Japan to see it first hand, which would be an incredible experience.

Previous Post: « Improve your strategy in an effective way
Next Post: How Does The Casino Resort Function in Europe »