Today I am so happy to be bringing you this blog post – and insight into Canada's version of Poundland, Dollarama! Dollar Tree is one of my favourite stores in America, so I'm thrilled that Vanessa from Vanessa's Money wanted to share her awesome finds with us! Over to Vanessa… Hello all! I’ve been reading Emma’s blog here for ages and one of my favourite segments is her monthly Poundland excursions. When I visited the UK I loved walking through Poundland and looking at all the neat things that could be had for a few pounds. In Canada, we have a similar store called Dollarama. Recently, Dollarama has become a $3-and-under store which tore at my heartstrings but did allow for more fabulously fun products. At the time of writing, $3 Canadian is about £1.50. 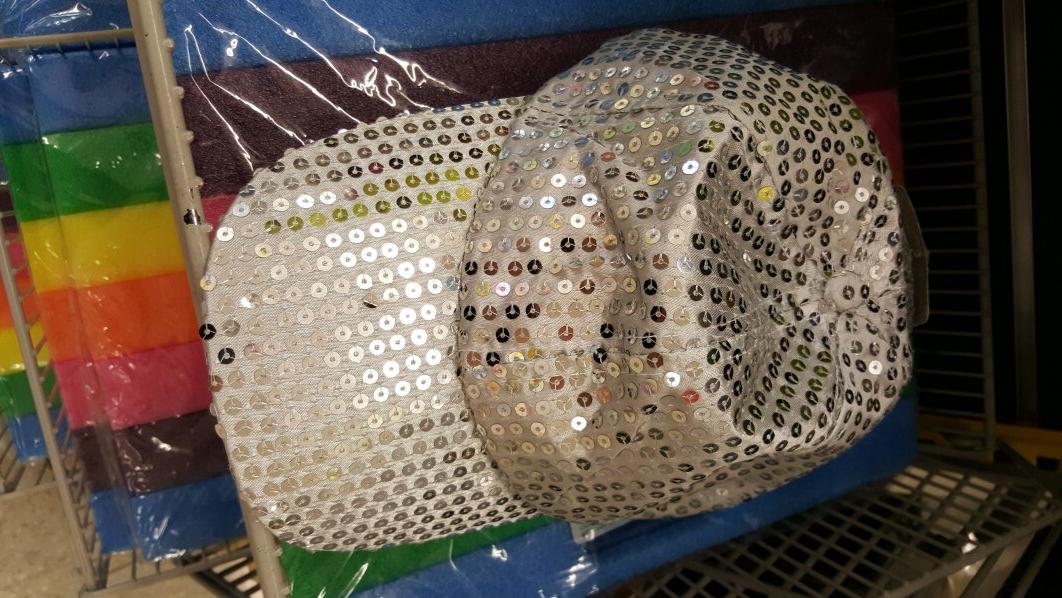 The first thing I saw when I walked into Dollarama was this hat. This $3 hat is a sequinned masterpiece that I almost bought just for general wearing-about-town. 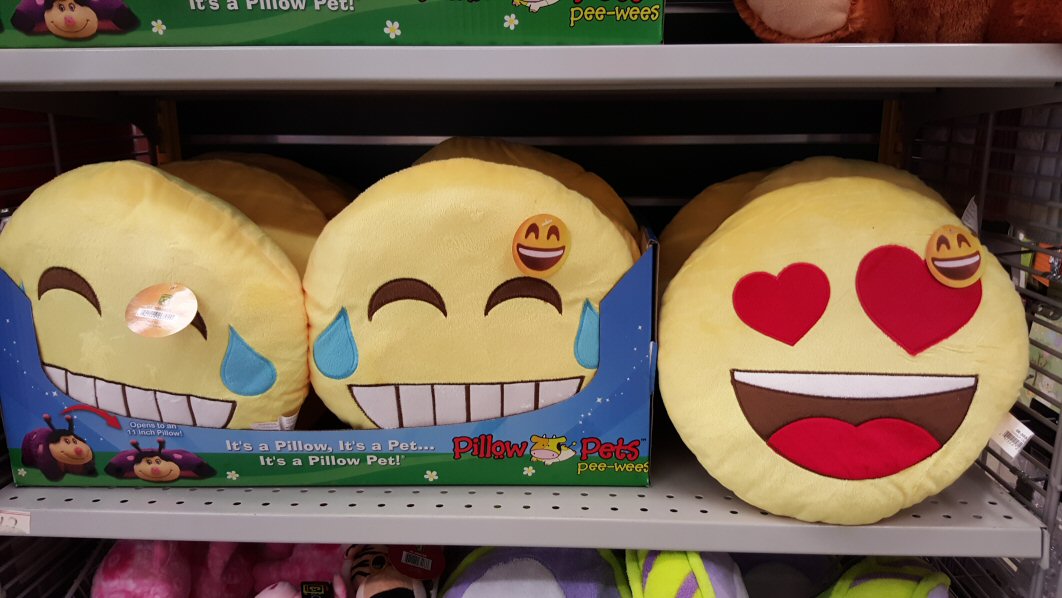 Next up, emoji pillows! Dollarama often has crazy good deals on things and these pillows are case-in-point. Elsewhere in the city emoji pillows cost about $30 so even if these aren’t the exact same pillows (which they might honestly be!), I would save 90% on my emoji pillow purchases. 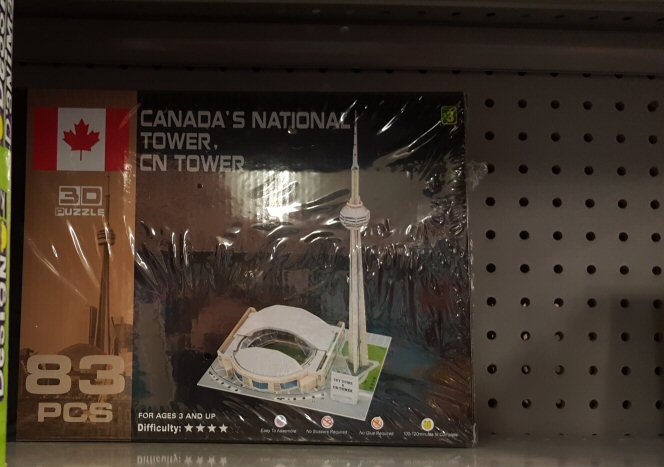 The first piece of Canadiana – there’s more to come. I’m not sure I would call the CN Tower “Canada’s National Tower” but the random puzzle maker who created this 83 piece puzzle was of a different opinion. 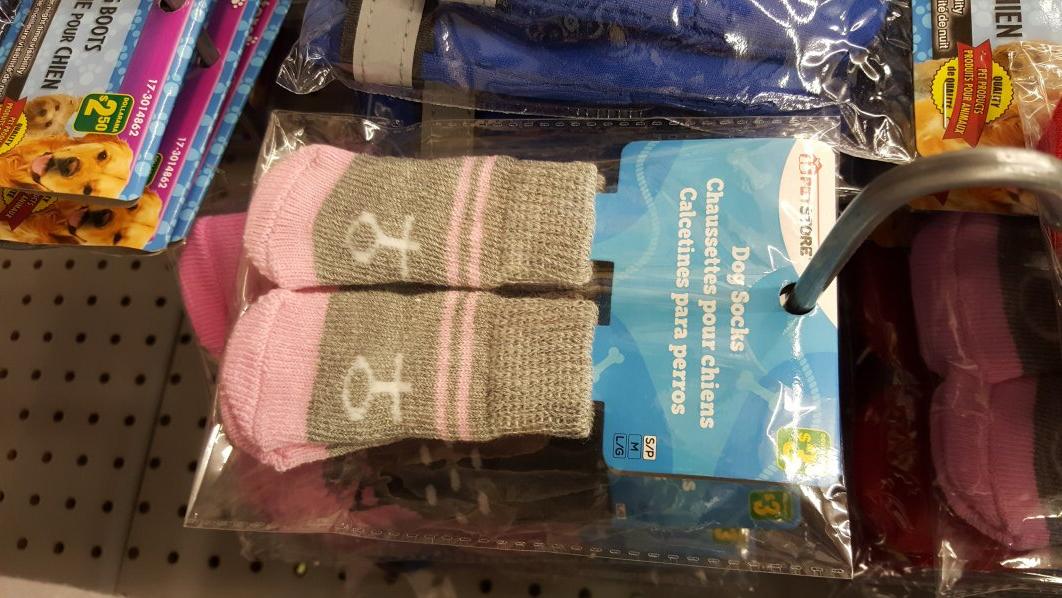 Gendered dog socks. I don’t even know what to make of this. Are people that concerned that strangers won’t know their dog’s gender on sight? Does it matter? Why do dogs even need socks? Little booties for the snow maybe, but socks? 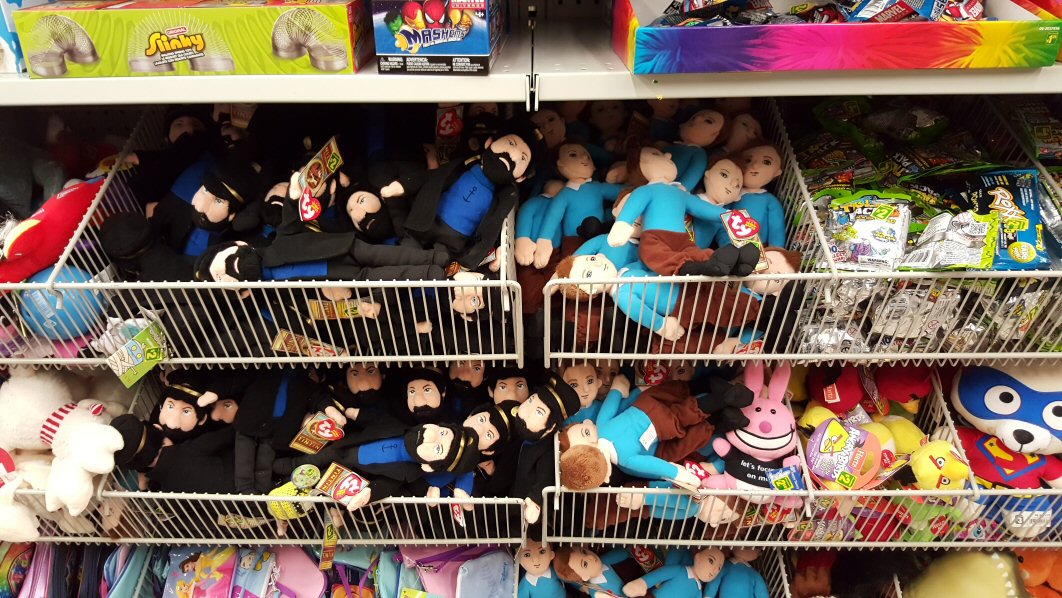 The merchandiser for this store obviously overestimated the number of children in town who would buy stuffed toys from a Belgian cartoon. 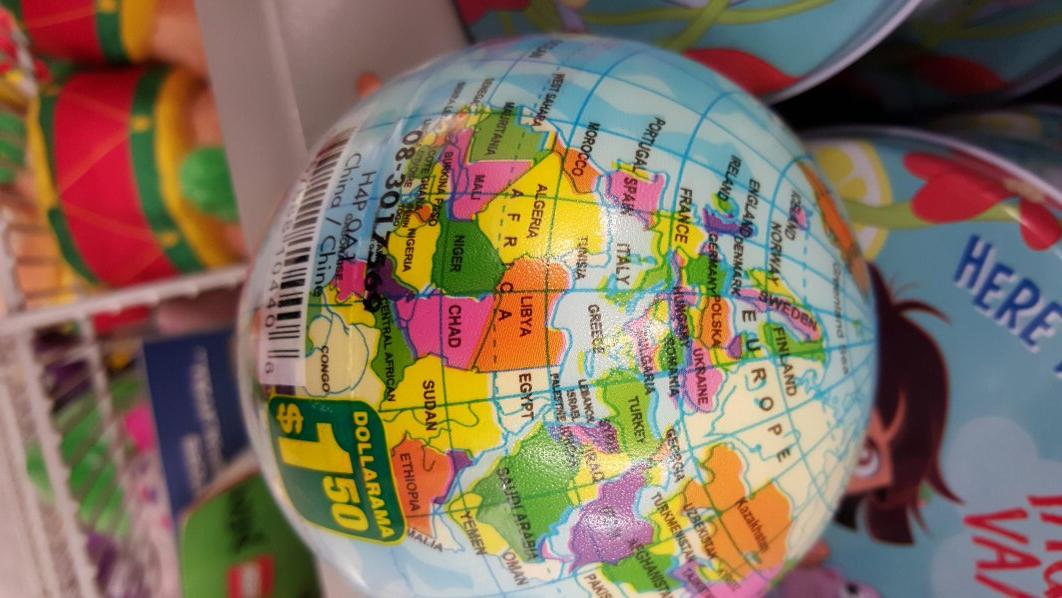 You know what? This geographically-incorrect globe bouncey ball is worth the cost just for the ire that it would cause the Scots. Polska has also replaced the more commonly called “Poland” and South Sudan was either not-yet a country or was ignored by the makers of this “map”. 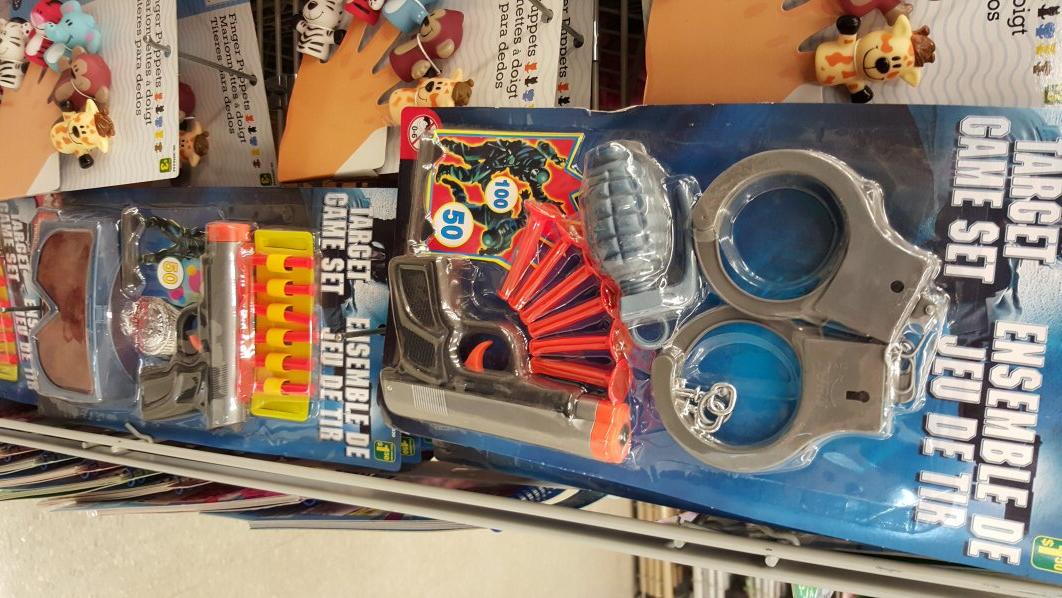 Oh Canada. You wouldn’t be America’s neighbour without toy guns for children. Bonus points for the “Target Game Set” that includes no targets but rather a grenade and handcuffs. 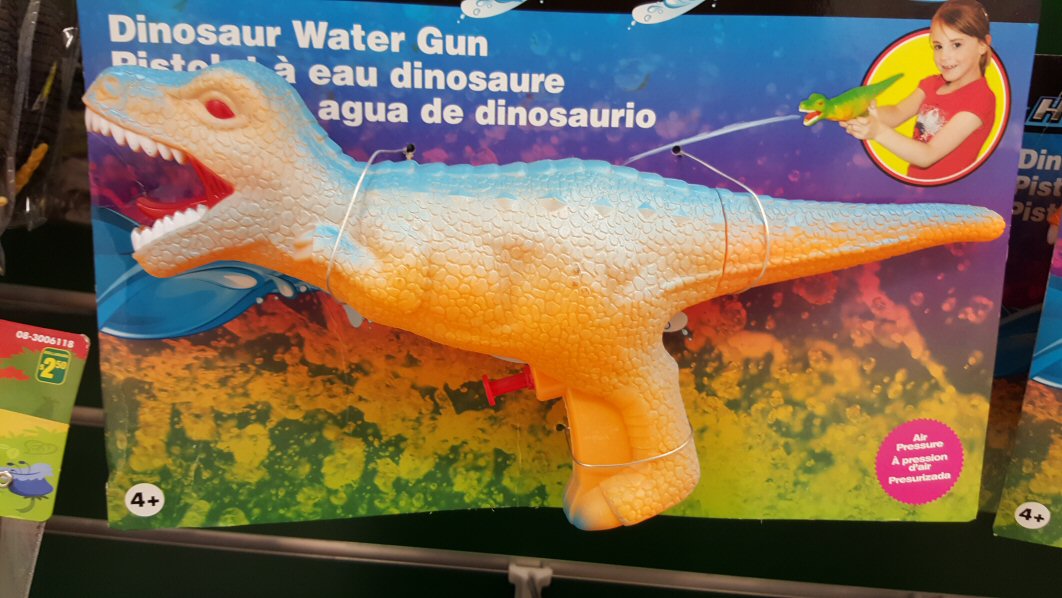 No comment on the ridiculously inappropriate spray gun for children. 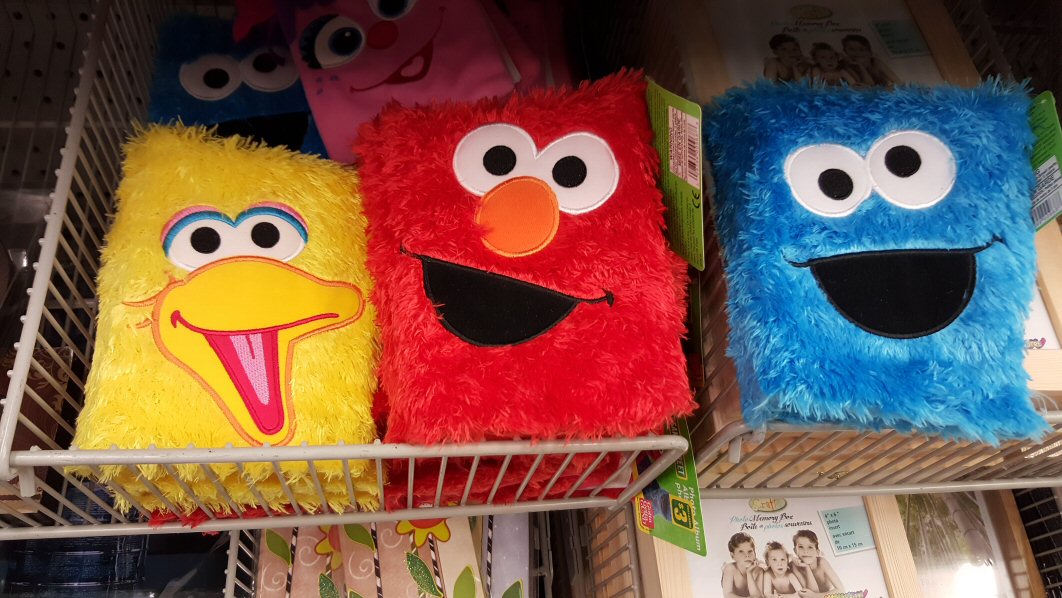 Ahhhh Elmo! No these are not notebooks (or else I would own them) but were instead found in the photo album part of Dollarama. Yes, photo albums. In 2016. 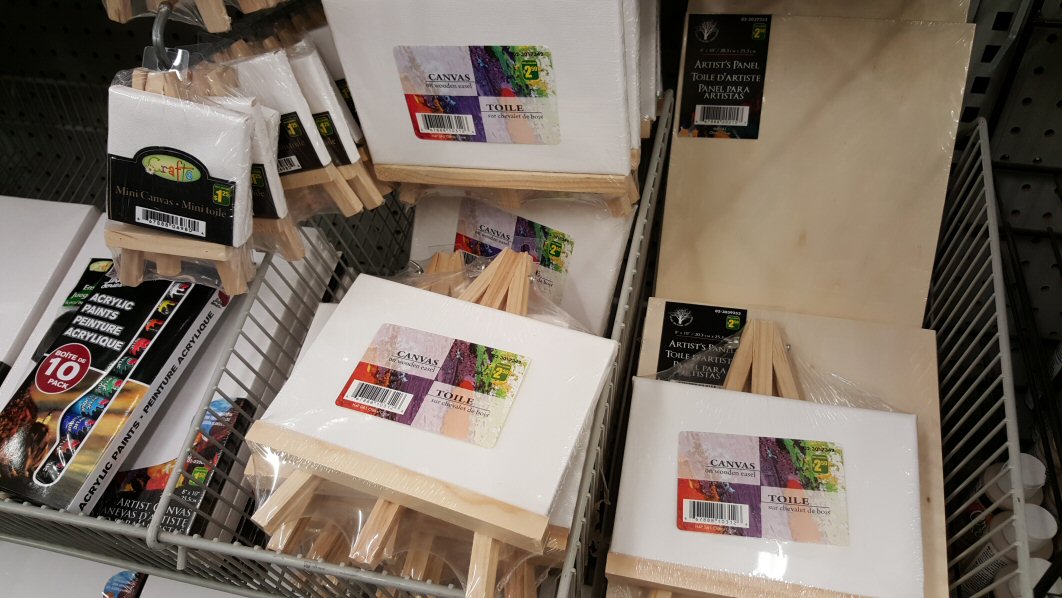 I should have used my hand for scale with these canvas + easel sets. They are incredibly tiny. For reference, the right-most canvas + easel is on a letter-sized (A4) sheet of paper. Who needs a canvas that small? What use is an easel that teeny-tiny? Are these gag gifts? 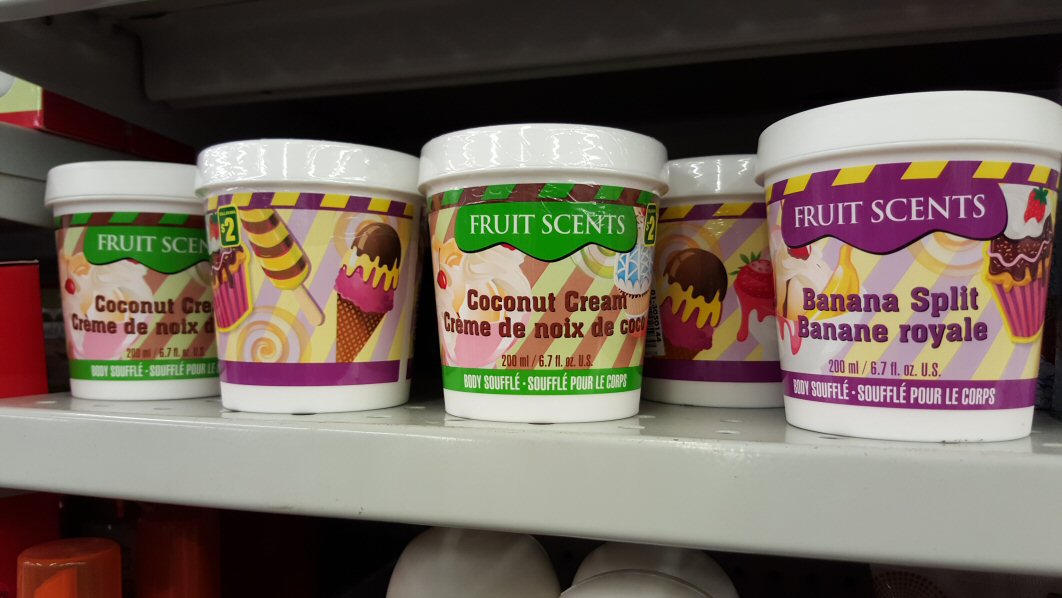 Body soufflé? Is this body cream? More… airy than body cream? Is it like body whip? Who wants to smell like a banana split? What exactly would that even smell like? There are too many questions. 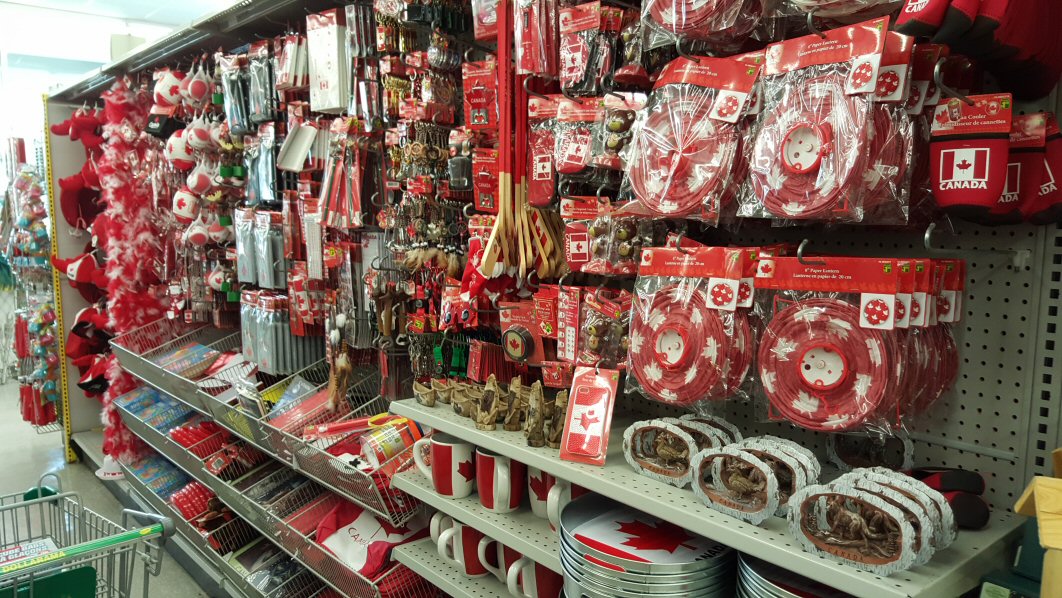 Ahhhh *Heavenly music plays* This is a sampling of the permanent, year-long Canada display. Before the national holiday the section doubles in size but, even in the dead of winter Dollarama makes sure that you, yes you, can get paper lanterns with maple leafs or a hat emblazoned with the Canadian flag and moose ears. 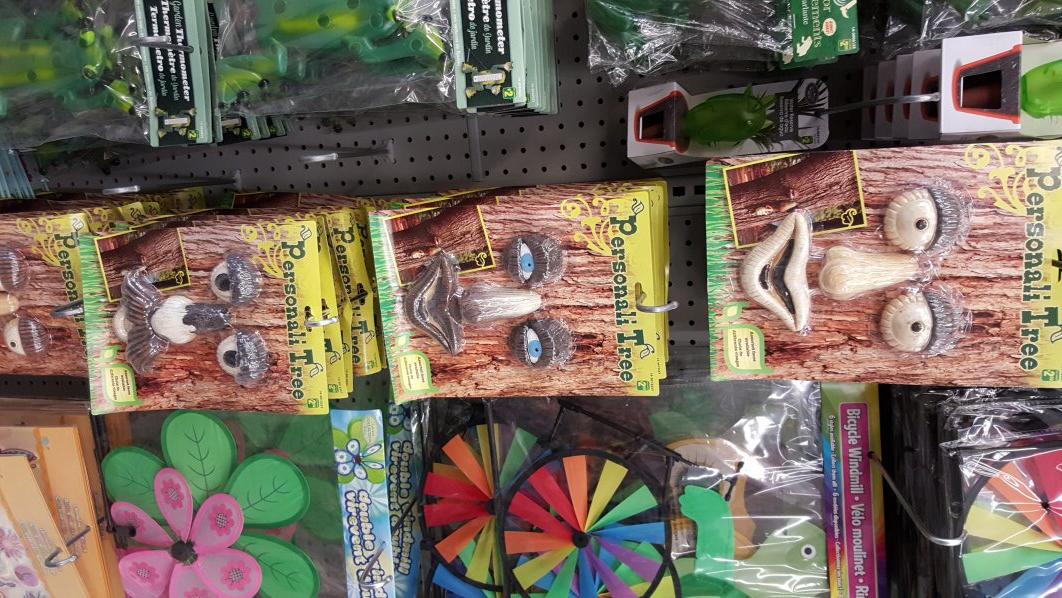 No. I would run screaming in the other direction if I saw these on trees. I might even attack the tree if I saw this in the dark.

Speaking of things I would attack in the night — photo night lights. Marketed for children who would never, ever ask for this. Do other people have a ton of pictures of themselves around their homes? I have one picture of my husband on my work desk hidden behind a stack of papers. I know what he looks like, I don’t need a night light to show me.

Every Canadian kid’s best dream and every Canadian parent’s worst nightmare: powdered candy. OMG could I go for some powdered orange candy right about now. You can have the grape candy. Yuck. 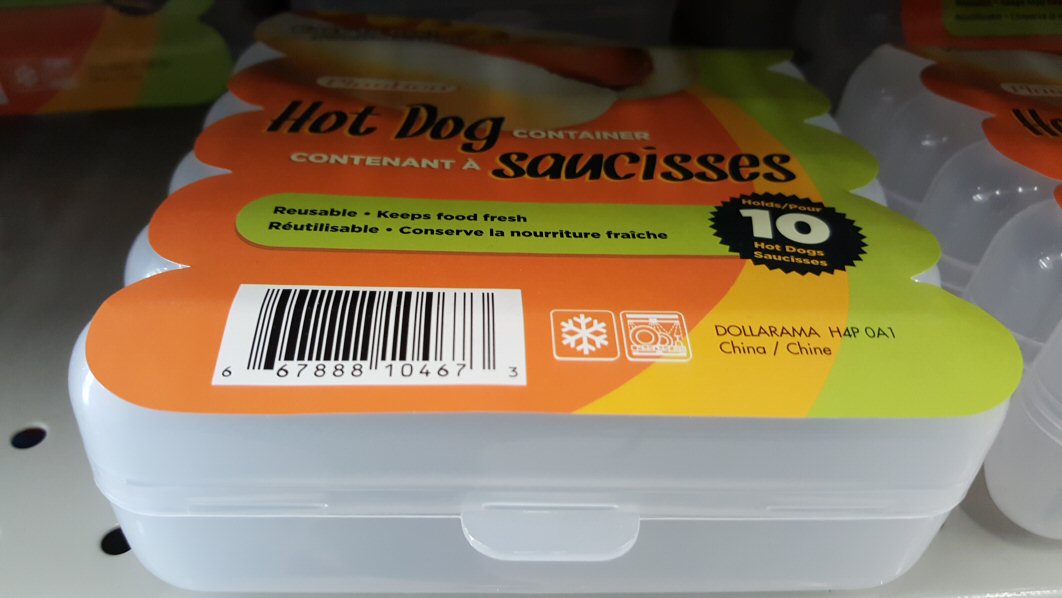 For all your hot dog related storage needs. Honestly. 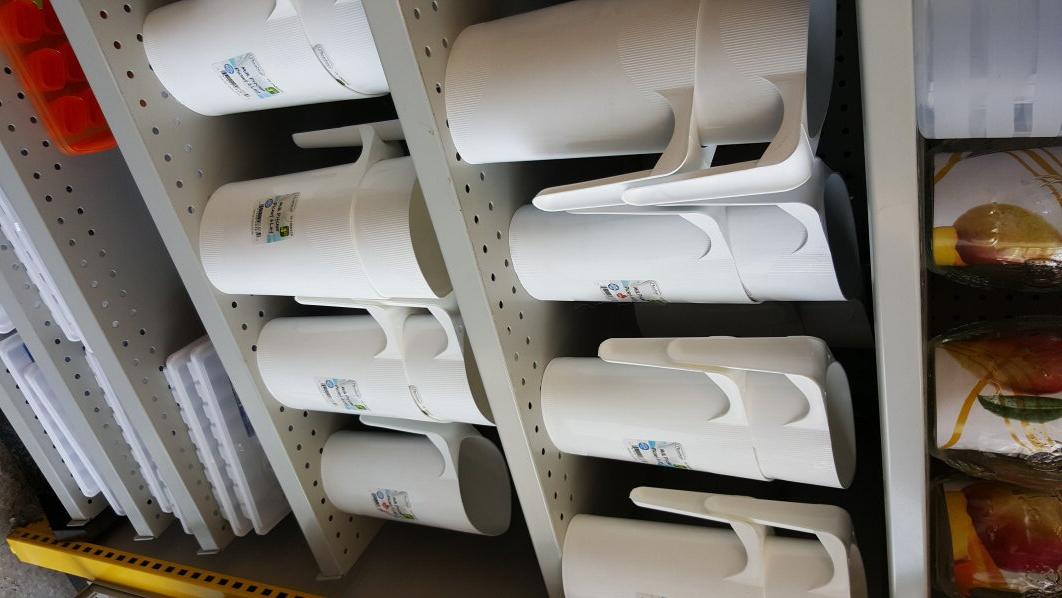 This is actually a great deal on milk jugs if this Dollarama was in the part of the country that used milk jugs. In Eastern Canada milk (regular, skim, chocolate and strawberry) is sold in plastic bags which are plopped into milk jugs and poured from there. In Western Canada, we buy paper cartons and 4 gallon jugs. Guaranteed this display will be untouched 6 months from now. 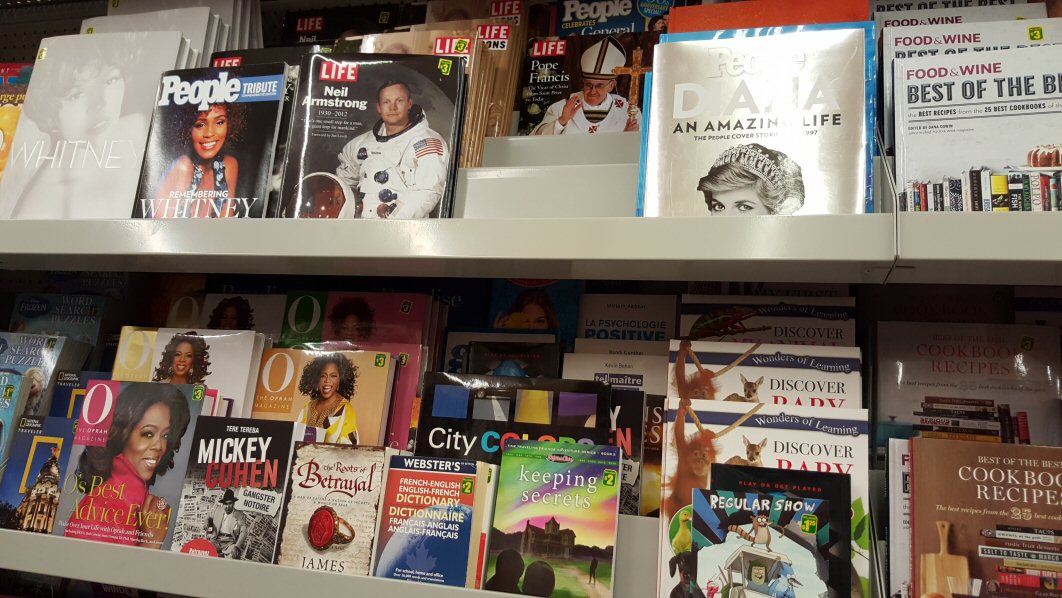 Finally, a surprisingly good selection of books. So good that I bought one for a whole $1 (list price $34.95).

And there you have it! A tour around Dollarama, Canada’s answer to Poundland where you can spend tens of dollars on nothing of use or value. 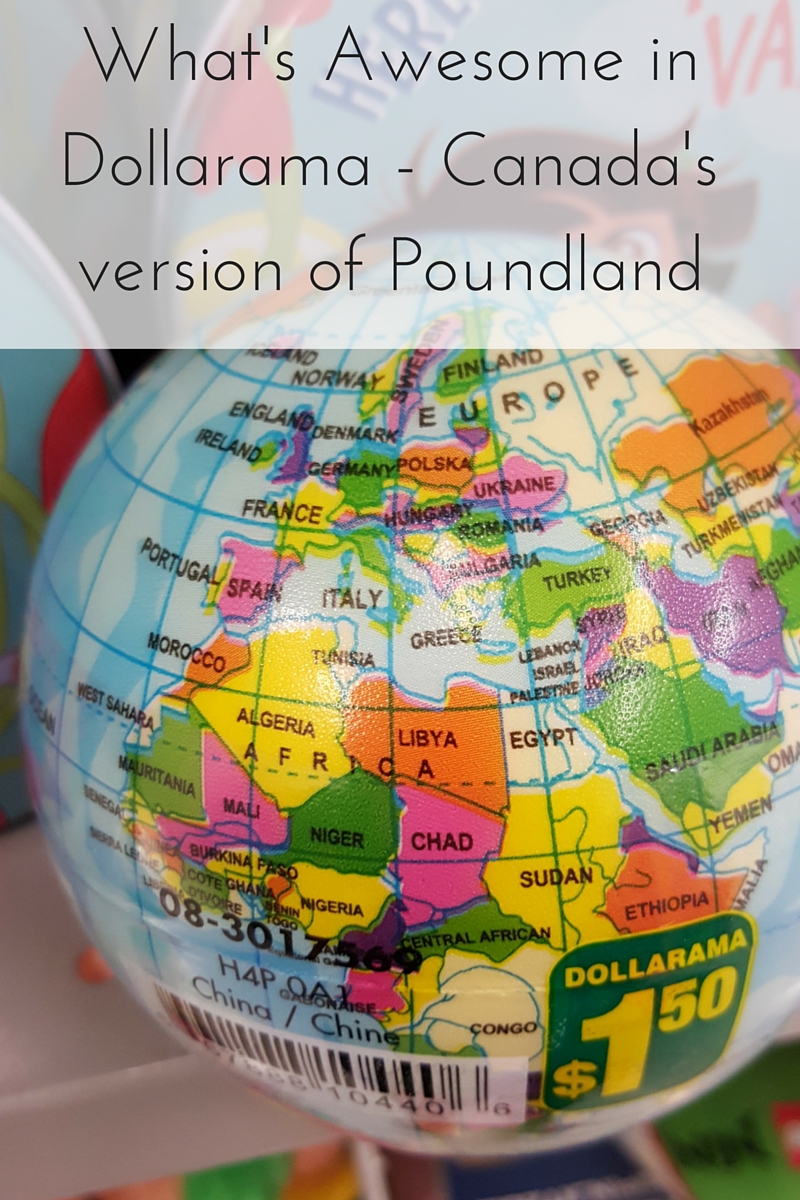