The Game Boy Advance was a monumental step forward for Nintendo in the handheld market. This little device, codenamed Project Atlantis, flipped the script and the system, going from the vertical to horizontal design. It was flashy, sleek and had a boatload of strong titles throughout its lifecycle. These titles have undergone some transformations and now can be played on your PC and mobile phone in the form of Gameboy Advance ROMs. 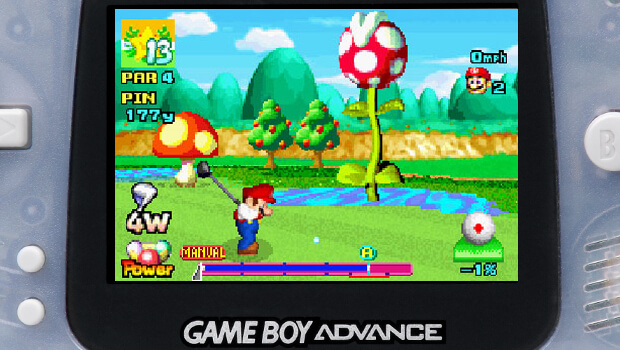 How to Play GBA Games Without a Console?

Now very few gamers can flaunt the original GBA handheld. But this doesn’t mean that the iconic titles that were once released on the Gameboy Advance console have fallen into oblivion. Now that retro games are making a rapid comeback, more and more fans of old-school gaming start turning their modern platforms into the GBA consoles with the help of emulators and ROMs GBA. Essentially, emulators enable users to play classic games that once were playable on vintage consoles on whatever modern operating system their device is running. Whether it’s an Android smartphone, personal computer, a cutting-edge laptop, or an iPhone, you can quickly download and install the desired emulator on it and play your favorite Gameboy Advance games. As for GBA ROMs, they are the files that contain the images of original GBA games that garnered worldwide attention at the turn of the 21st century. And they are not only Super Mario Advance, Super Mario World 2, and Super Mario Bros. 3 that survived the test of time and technological advancement. They are The Legend of Zelda: A Link to the Past, Dragon Ball Z: The Legacy of Goku, Harvest Moon: Friends of Mineral Town, Pokémon FireRed and Leaf Green version, and many other ROMs that well worth being played in the Digital Age.

If you still haven’t decides what Game Boy Advance ROMs to choose to replenish your collection of retro games, check out today’s list of the most fun and mega captivating titles.

Sonic Advance arrived on the GBA not even a year into the console’s lifecycle. This was the first time that the Nintendo kid could experience a 2D Sonic game on a Nintendo handheld, which was magical. This game offered something of a classic Genesis experience with eye-catching sprite work and more modern sensibilities in its gameplay. Players can choose from Sonic, Tails, Knuckles, and even Amy Rose to traverse the sprawling worlds, encountering the unexpected rings, loops, and traps along the way. Isn’t that fun, huh?

You gotta love Wario! And the GBA was certainly good to this greedy dude providing him with not only Super Mario Land 4, but a complete rebrand of his character with WarioWare, Inc.: Mega Microgames. In the Wario Ware universe, the main character decides to try his hand at game design and enlists all of his friends to make it rich as a game designer. And everything about the first entry in the series is incredible: the sceneries, characters, and the beasts that drive you forward. This game really oozes intensity, but in the most playful way. WarioWare throws quick commands and requires lightning-fast reflexes with immediate success or failure animation. But even when screwing up, you’re sure to laugh more than fume. Actually, this is what console gaming is about!

Metroid Fusion was willing to experiment and grow when it hit the shelves in 2002. While the controls were as tight as ever, new additions like the ability to walk, climb, and grab ledges grant Samus a whole new kit of movement and traversal options. And Samus Aran-X and several creepy bosses make the game feel more like a horror game at times. Fusion does an exceptional job of undercutting what the player believes they know. What starts as following directions devolves with parts of the space station destroyed and opens up a much more exploratory experience, which makes you feel like almost cheating at times.

Superstar saga blends the turn-based combat style and active ingredients to craft battle that keep players glued to the screens. You’ll love having to mix using either a jump or hammer depending on the situation. And on top of that, each brother can be controlled by a specific button. You can combine the playable character to traverse the world in really cool ways. Just imagine flattening Luigi so that Mario can ride him as a surfboard! The series also introduced some much-needed characters like Fawful into some of the Mario mainstreams. Add in incredibly charming visuals and music that blends the iconic track with instant new classics, and Mario and Luigi Superstar Saga is the perfect start to a new series.

The Legend of Zelda: The Minish Cap

The Legend of Zelda: The Minish Cap may not be universally known or beloved as such games as Ocarina of Time and Breath of the Wild. But this pocket-sized Capcom developed adventure packs just as much of a good time as any other heavy hitter in the series. The game injected some fun characters in the Zelda franchise, which refreshed battling against the game’s villains. The Minish cap also introduced some cool items in the Zelda universe like Gust Jar, made for interesting traversal opportunities and is surprisingly fun to use in combat.

Now you’re ready to pick the GBA ROM for your Android, Windows, Mac, or Linux platform and enjoy the retro classics to the fullest!

Previous Post: « How to Play GameCube Games on Your Computer?
Next Post: Is now a good time to start matched betting? »

Goodness me I am anxious atm! If you missed it in