Considering the numbers, it’s no surprise that you want to trade Forex. But considering that there are over 170 currencies around the world, you may have no idea which pair to choose. It may help you to find out that 85% of the market transactions target 7 currency pairs (EURUSD, USDJPY, GBPUSD, AUDUSD, NZDUSD, USDCAD, USDCHF).

The most widely traded and strongest currency worldwide is the US dollar. The US Dollar dominates the Forex market because of the sheer size of the US economy, which is also the world’s largest. Most of the traders prefer the pairs that contain the US dollar, and this is why it’s considered the dominant reserve currency. The above pairs are not necessarily the best to trade but they have high liquidity. 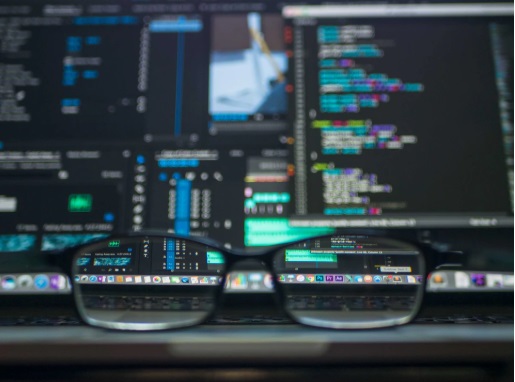 Are the major Forex pairs the best to trade?

The best currency pairs to trade in 2020

Based on the preferences of the traders, it’s predicted that in 2020 the followings will be the best currency pairs to trade.

USD/EUR – At present, it’s the most popular pair in the FX market, so it’s quite likely to maintain its status in 2020. It has the lowest spread among modern investors because it’s associated with basic technical analysis. Even beginners can trade this pair because isn’t too volatile.

For the people who don’t want to take risks, it’s always recommended to select a pair like the USD/EUR because it’s simple to predict its evolution. Online directories list plenty of information about this currency pair, which can help beginner traders avoid mistakes.

USD/GBP – this is another popular pair because of the possible large jumps and the profitable pips it provides. Isn’t advisable for rookies to trade this pair because it’s volatile. Seasoned traders prefer this currency pair because they can predict its evolution based on market analysis.

USD/JPY – You’ll often see this pair in the FX market because it’s quite popular among investors. Traders can follow a smooth trend of the USD/JPY in comparison with the other ones, and it’s often associated with low spreads, so it’s profitable for both beginners and professionals. It’s famous for the exciting opportunities it brings to traders.

What are the best currencies to trade nighttime?

The Forex market is open 24/5 because the trading starts in Asia, then migrates across Europe and the Middle East, and finally gets to the USA. Because of different time zones, night trading occurs differently in various locations. If you’re located in the UK, then night trading for you is when the European and USA markets are closed. At night, all major pairs are less volatile because there’s reduced liquidity.

Beginners should trade at night to better understand how live trading works and once they gain knowledge, they can switch to day trading.

The best currency pair to choose at night depends on how much volatility you are looking for. If you prefer less volatility, you should opt for EUR/USD, EUR/GBP and GBP/EUR. When trading these pairs you should work with the brokers with favorable trading conditions for EU traders because the broker needs to facilitate your operations at the time of the day you choose.

But if you are looking for increased volatility, then the following pairs may prove a better option.

AUD/NZD – This pair is popular because there’s a close connection between the countries’ economies, especially thanks to their relationship with commodities. When choosing this pair, you should also check the evolution of the US dollar because most of the commodities are priced in USD. Also, check if the Chinese economy experiences any fluctuations because both Australia and New Zealand trade with China.

AUD/JPY – It’s a common choice for night traders because it provides mixed liability to the Australian and the Japanese economies, and this leads to an exciting and volatile backdrop. Research is crucial before trading this pair because you need to understand how the two economies function. The Australian one relies on natural resources, so the Australian dollar has gained itself the name of commodity currency. On the other hand, the US dollar influences the changes in the Japanese yen, so you need to keep an eye on the US economy to predict changes in the Japanese one.

NZD/JPY – During times of economic decline, most of the investors turn to the Japanese yen because it’s safe heaven on the FX market. The New Zealand dollar on the other hand is highly uncertain. To predict changes in this pair’s evolution, you need to pay attention to macroeconomic factors, interest rates, monetary policies and worldwide news. One event that influenced the evolution of the pair was the Japanese government’s intervention in 2018, during the financial crisis, when they decided to weaken the yen to maintain the country’s exports competitive.

No matter if you choose to trade at night or day, minor or major currencies, you should ensure that you conduct analysis of the currency pair you select, to know the fundamentals of the market.

Previous Post: « How to Help People Save on Online Pharmacies?
Next Post: Top 8 Marketing Services for Higher Education in 2020 »