Now, getting married is not anything new, believe it or not, a huge amount of the population does it on a regular basis. People get married all the time, both due to personal reasons and maybe societal expectations from both their friends and family. While the reasoning for people may vary, one thing rarely does, that thing is usually the need of saving money and not splashing excessive amounts of cash. Saving money is usually quite a universal point of interest, not only across all age groups, but regardless of what social class you may be a part of. Whether you are upper class and wish to save your money to then later invest into something, or if you’re slightly lower to middle class and just wish to not have to break the bank, there are ways to go about this for just about everyone. Now, without any further ado, if you are planning on hearing wedding bells ringing anytime soon, or maybe just vaguely planning something that you know is coming eventually, then keep reading. We’re going to go over some things which you might want to keep in mind when planning the whole event.

“Cheap” does not mean “bad”, add some charm

When it comes to official events such as weddings, the word “cheap” often gets a pretty bad wrap. The word often strays from its more positive connotations and reaches over into the realm of “cheap” in the sense of “low quality”. It’s usually associated with “cheaping out” or being greedy, but people seem to forget that just because you managed to do something with a slightly smaller budget does not necessarily mean that the overall quality of the event is going to go down. In fact, you even have an opportunity to make things a bit more unique rather than having the usual cookie-cutter wedding that everybody’s seen a million times before. If you need an idea or two of how to add charm without spending astronomical sums, then it’s good to start with some DIY wedding favours to get things sorted. Prepare some charming additions ahead of time for the whole event without having to break the bank. From homemade baked cookies and sweet jars, to homemade jam, there is definitely more than enough to go around. If anything, people will most probably appreciate the homely finishing touches more than anything, and no one would even even think of it as “being cheap”.

As you probably already know, much like travelling by plane, weddings can get incredibly expensive when left until the last minute to organise. If you have ever left some booking of any sort for the last minute, then you know the extortion-level prices that some of these companies are willing to charge you. Considering you will most probably want to book some sort of venue for the wedding, the sooner you do it, the better. Of course, there are several things which have to be taken into account other than just the price, you have to think about not only your own pocket, but your guests as well. After all, what is a wedding without a decent list of attendees? 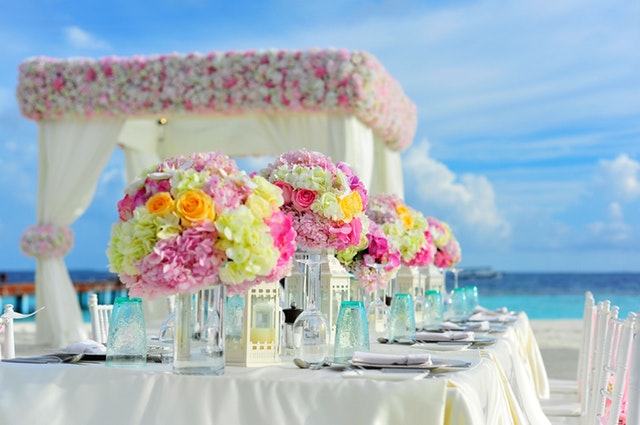 Initially, the most important aspect of a wedding location might be deciding what kind of venue you would like to hold your wedding and host your party in. Whether you want to go and get married in a library or at the beach, there is one important thing you have to consider. How easy is that particular place to get to? Is it somewhere far out? Is it far from any big stations or airports? If so, not only you, but your guests might have trouble getting there on time and in one piece. The chances are that some of your guests are probably going to be flying in from abroad or at least coming from outside of town, so if your place of choice is difficult to get to then your heavy-suitcase-wielding guests might not appreciate it all that much. Not to mention, everybody has to suit up for the occasion, get their fancy dresses out, or even rent one out for your special day, so trudging through mud should be avoided if possible.

As for the time, you should at least give everyone a few weeks, ideally months of notice before the actual event. Everyone and their dog is working overtime nowadays so getting some time lined up on short notice can really prove to be quite the ordeal. As for the monetary aspect, the aforementioned lower costs for booking venues will definitely help you either save money or use it on something else for the occasion. 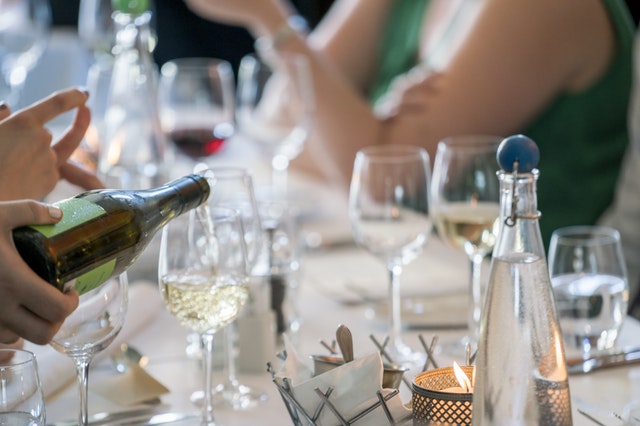 Nobody runs a wedding on their own, at least not if they’re sane. If you are one of the few deluded people who think they can organise and run the actual thing by themselves or with the help of two or so friends, think again. Actually, that might have come off slightly harsh, and a much smaller team of friends might be a viable solution if your wedding is a very small event, but if you have the usual guest list which spans into the dozens, then some staff is essential.

If you would rather have a waiter or waitress walk around handing out drinks rather than yourself or a friend who is going to be reminding you about that favour you owe them for the next few years, then having a waiter is most definitely a smart option. Sadly, there is not much you can do to save money here, but sometimes you can find wedding “packages” that include some staff which might end up saving you some money in the grand scheme of things. 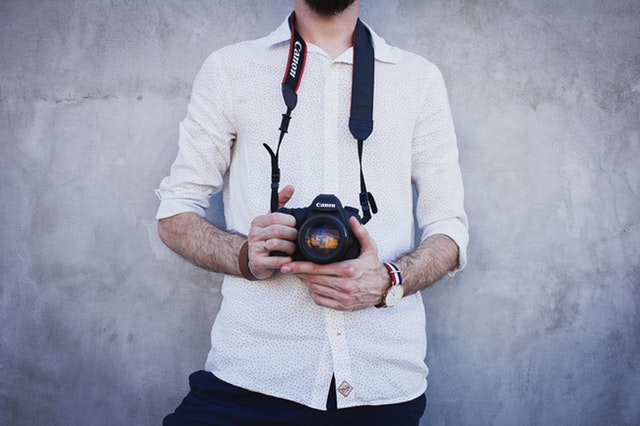 Everybody wants to have their wedding day commemorated appropriately with some professionally taken and touched up photos. The idea of finding a cheap photographer is the obvious way to save money, but do you really want to cheap out with a potentially mediocre photographer on a day as special as this one? The clever thing to do is to order an average, or professional photographer, but only have them attend the most important times of the event. Get someone for the start of the celebration to capture the vows, the kiss, and all that other jazz, then get another one to take some photos of the afterparty, the rice throwing, and some cheesy group photos. After all, no one needs a photographer standing around for hours on end just taking photos of people sitting around and eating and zooming in on their noses.