NEW Quidco customers get a £10 bonus! Simply sign up, browse over 4,500 retailers, make a purchase of £5+ with any retailer and you will earn a new member bonus of £10.
Tweet
Pin9
Share6
15 Shares

Hello, let me introduce myself. My name is Annelies and I blog over at The Frugal Frenchie. Last year I started my BSc in Psychology in Maastricht, Netherlands. I hated the idea of paying £9250 for the sheer right to study, so I decided to save over £20,000 by studying abroad! In this post, I’ll be telling you the pros and cons of doing so, as well as listing some other great countries to study in.

You get to discover a new place, a new culture

When going on holiday, it’s easy to just visit the tourist attractions, however studying abroad allows you to live there and discover what the culture and the people are really like. Whether this be the food, the lifestyle, the traditions… it’s definitely a conversation-starter when you’re back home!

People who take a risk, do something different or go out of their way to try something new, stand out to future employers as having certain skill sets or individuality. If it’s a job that requires a certain grade, and all 50 applicants achieved that in their degree, then you being one of the only ones to study abroad will definitely stand out from the crowd!

It shows initiative and guts

Similarly, to the previous point, it does show that you are daring, individual and take an initiative. It is very unlikely that you are able to go to a university abroad with a friend, as not very many people will either have the idea or want to start a new stage in their life so far away from home. Not only this, but you’ll go through an immense stage of self-development as it doesn’t just mean adapting to being away from home, but you’re immediately thrown in the “deep end,” so you mature quickly for sure.

A lot of universities are free, if not, like mine, they are under £2000

Maastricht university specifically was under £2000 a year, for a lot more contact hours than in the UK and for a much more study hours. Having said that, there are a lot of universities around Europe that are actually free, including many Scandinavian countries and Germany. Other cheap places to study are France and Belgium. Definitely do your research though.

Finding accommodation can be stressful

My university did not have a campus/halls, so it was up to you to find proper flats to live in. I myself found a 72m2 studio flat for 400 euros a month, but this was with my own kitchen, bathroom, hallway, private entrance and two rooms, so a better find than the closet rooms in the UK halls! Of course, there were cheaper and smaller rooms, but I was living with my boyfriend at the time so we needed the room.

Thankfully, nearly everyone in the Netherlands speaks English and so the degree was conducted in English, despite having 90% German students and the other 10% being different nationalities from around the world.

Having said that, not all countries have their degrees solely in English. In some places, they may have the first year in English, alongside an intense language course and then the other years will be in that country’s mother tongue. This is an amazing opportunity, however if you’re good at learning languages or already speak it, then it’s definitely worth it for the savings!

Depending on where you choose to study, you can be very far away from home. Even if not very far, the prices of travelling home can be expensive so you may not be able to travel back as much as you’d like to. If you’re not used to being away from parents, or you’re very dependent on them, living abroad may be a challenge; so bare this in mind.

For some degrees, you may have to check if they’re recognised in the UK. For example, a Psychology degree, to be recognised in the UK, must be BPS certified. Although the content of the degrees may be similar, this doesn’t automatically mean it is. This is to be considered if you want to work in the UK, as it might mean doing a little conversion course once you come back, before you can fully work.

What are your thoughts on studying abroad. Would you ever consider it? Do you think it’s a good idea? Let us know in the comments!

You can find me over at The Frugal Frenchie for more posts on my university experience. 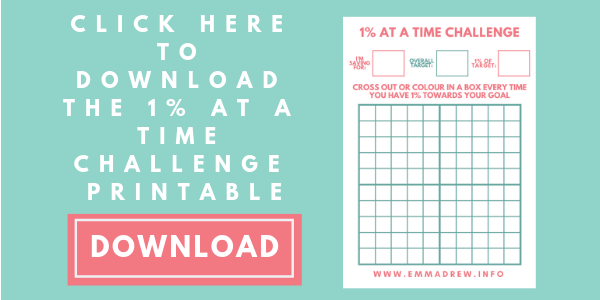 Previous Post: « What You Need to Consider When You Rent a Car for Your Trip
Next Post: Day 1: Your what, your why & your foundations for your blog »