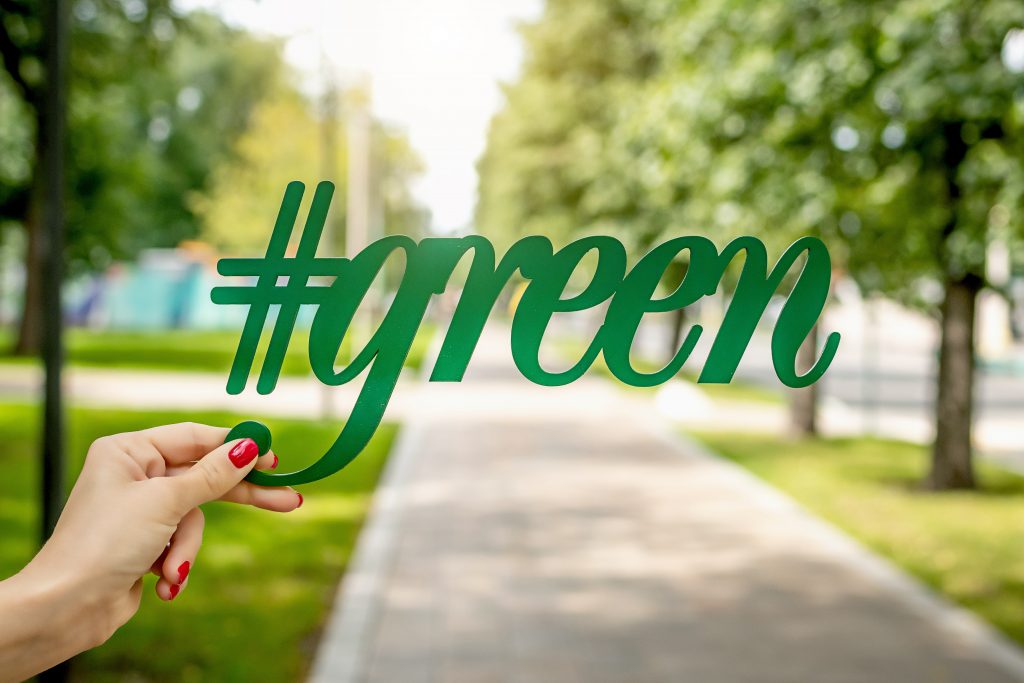 The history of Earth Day began in a context of political and economical instability in the U.S. The nation was torn over U.S. participation in the Vietnam War during the 1970s. The economy was on the rise but at great cost to the environment. Driving big cars that ran on leaded gasoline was the norm. All the factories, chemical plants and oil industries that resulted in a thriving economy also lead to a lot of air pollution and waste. Unlike today, for most people, the planet's health was not a big concern mainly because they were blissfully ignorant of the serious side effects of common daily practices.

The U.S. celebrated the very first Earth Day on April 22, 1970. Over 20 million people all over the country gathered for marches, protests or other events to foster a culture of clean and safe living. They were pushing for regional, state and national laws that sought to protect our planet.

This day is meant to remind us of how important it is to protect our delicate ecosystem. Recycling is central to achieving this goal and we each have to do our part.

We’re creating more and more garbage partially as a result of increasing wealth which means we can afford to buy more things and then throw them away, a larger population so there’s more of us to create waste and packaging made out of non-biodegradable materials.

Our landfills are reaching epic proportions and they release harmful chemicals and greenhouse gasses. The problem is we don’t know how to recycle. One reason countries like China refuse to take any more of our recyclables is that they’re heavily contaminated which means they’re not well sorted. A lot of what we put in those bins doesn’t belong there.

In Europe, recycling has become part of the culture with Belgium boasting the highest recycling rate on the continent. Three quarters of household waste is reused, recycled or composted and businesses are obligated by law to separate their trash and hire companies such as Mil-tek to come pick it up and send it to a recycling facility. In the UK parents are getting shamed by their kids for bad recycling practices.

The world has changed. It had to.

So long as they are not contaminated with food, liquids or other waste, flattened cardboard, newspapers, magazines, mail and office paper can be recycled.

You should break the cardboard boxes into smaller pieces as this will save room in the containers and they’re also easier to process. If it’s coupled with other substances, paper cannot be recycled so remove any bubble wrap or plastic windows.

In the case of food and drink cans, clean out any residue and remove the labels.  The don’t have to be washed thoroughly, just make sure they’re dry so that other items don’t become contaminated.

Depending on which state you live in, you might be able to return plastic bottles through a buy back program and get between 5¢ and 15¢ for each.  It used to be required that you remove the lids but end markets actually want them now. They just need to be on the bottle or they get thrown out. Also, only put lids in the plastic recycling bin if they’re also made of plastic, remove any metal, glass or mixed material lids. There’s a lot of plastic that isn’t actually recyclable such as chip bags and candy wrappers.

Recycling plants in many cities do not even have the equipment necessary to process all the various types of plastic we drop into the recycling bins, they focus on one or two easier to recycle plastics such as PET.

In general, opt for reusable shopping bags and stay away from disposable plastic products because only about 10% of plastic actually gets recycled, the rest just goes back to the landfills.

Make Sure the Recyclables Are Clean and Dry

Just one dirty item can taint the whole truckload and if it comes into contact with food or liquids, paper can no longer be recycled.  Make sure your recyclables are empty, clean and dry.

Don’t Throw Them in with the Bag!

You can use bags to make it easier to carry them but don’t throw the bag in as well, it makes the process more difficult. They wrap around and jam the equipment in recycling facilities and contaminate the paper bales and even in landfills they get blown off by the wind and end up in oceans, seas or waterways.

If you tend to accumulate a lot of plastic bags you can take them back to the supermarket, they usually have a bin for them.

It might be discouraging to see so many rules related to the proper way of recycling your waste but we’re still developing better technology to aid the process. In the meantime, it’s better to simply limit the use of hard to recycle products and if you do have to use them it’s better to just throw them out in the trash rather than make the recycling process harder and more expensive for the infrastructure we currently have in place.

It will get better, right now there’s heavy investing in figuring out better strategies for waste management.

Make Money out of Recycling

You can even make money from recycling. There are websites that buy broken GHDs, many office supply stores give store credit in exchange for empty ink cartridges or you can sell them on Craigslist or eBay.

When it comes to broken or out of date electronics, there are also lots of companies that are willing to pay you to get them off your hands. Books are also pretty easy to recycle online at a profit, you type in the barcode of the book you want to sell and you’ll get a price.

There are lots of ways you can make money and help with the waste crisis as well.