I pride myself on being a very honest blogger, and I never write about something that I haven't tried out myself. I'm not here to sell you anything, especially something that doesn't work. Last year I wrote about a smart phone app, Qustodian, which I rated very highly. 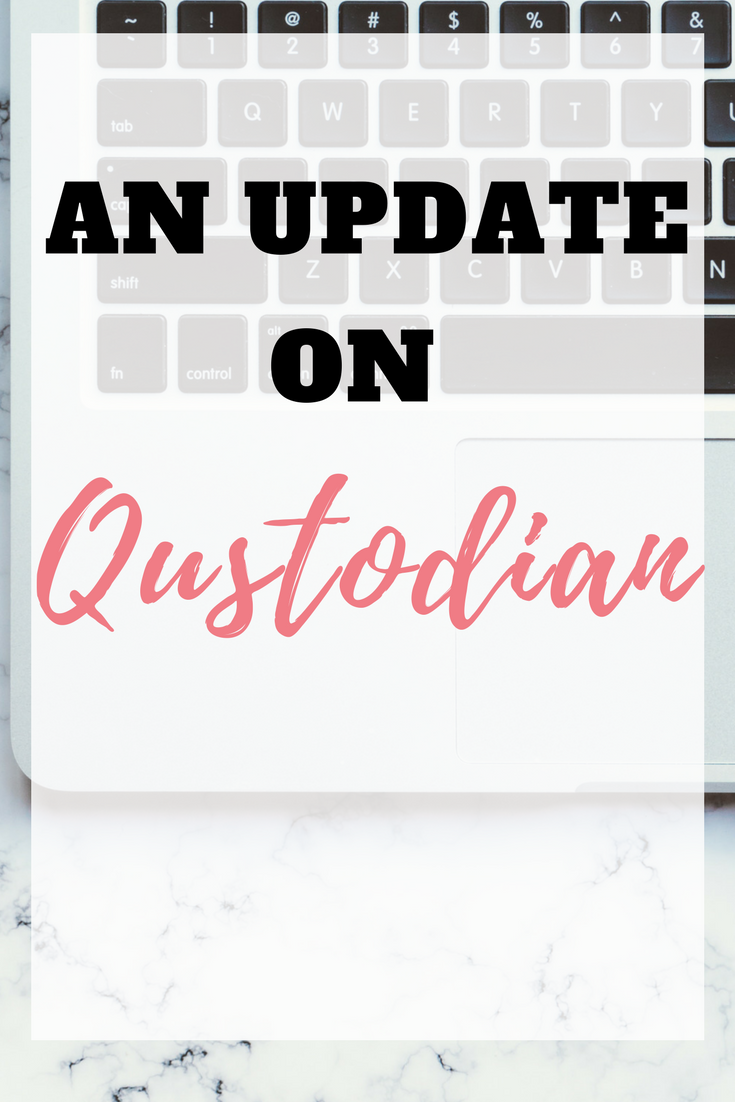 I noticed that for a few weeks, my earnings were increasing very slowly, and sometimes not at all. With this in mind, I sent the following email to Qustodian:

I was wondering if you could help me. I've done quite well from Qustodian – I think I've cashed out 4 or 5 times thanks to my network. However, over the last week, maybe two weeks, I've seen my earnings pretty much halt to just my own earnings, nothing from my network.

Logging in, I can see that some of my network are still active, so I'm not sure why the network earnings have stopped.

I would really appreciate it if you could look into this for me. The telephone number on my account is xxxxxxxxxxx.

A few days later, I received the following email:

Thank you for your email.

Until now, Qustodian has been subsidising the cost of some commercial messages to its members in order to help develop its service proposition in the early stages of development in the UK. We are now in a position where such subsidies are no longer sustainable in the UK, now that we have an established audience. From now on, only those commercial messages that directly generate income for Qustodian will generate income for our users. Such messages will be those paid for by the advertisers for activities such as viewing messages, app downloads or commission shares on user purchases.

Other commercial content generated by Qustodian for our audience that generates no direct revenue for the company will no longer carry subsidised user remuneration. Each message will continue to clearly indicate its remuneration terms within the messages T&Cs and users will continue to be able to block (by indicating “Not Interested” within the message options) any messages they no longer wish to receive due to this removal of subsidies. They may also simply opt out of the service by de-subscribing from within their account when logged in at www.qustodian.com from their PC, or by deleting the App.

We fully expect members to be able to continue to generate income from using the service from paid messages, downloads and purchases and look forward to continuing to generate further paid message content from campaigns paid for by brands and agencies.

Thank you for your understanding.
The Qustodian Team

I was extremely disappointed to see that not only are Qustodian no longer subsidising advertising messages, but that they also had not made it clear. I have seen my earnings go from a few £££ a week to mere pence – not even 10p a week. Following their advice, since receiving their email on 14 July, I have been selecting “not interested” on all unpaid messages. However, I am still plagued with unpaid messages within that category. 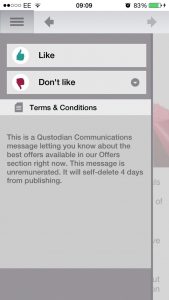 It seems that Qustodian is no longer a suitable earning application for me. I have had a great time with Qustodian, but I am unhappy to still be receiving messages that I have blocked. There are still some paid messages coming through, so it may be worth keeping the app on your phone, but it isn't the earner that it once was. 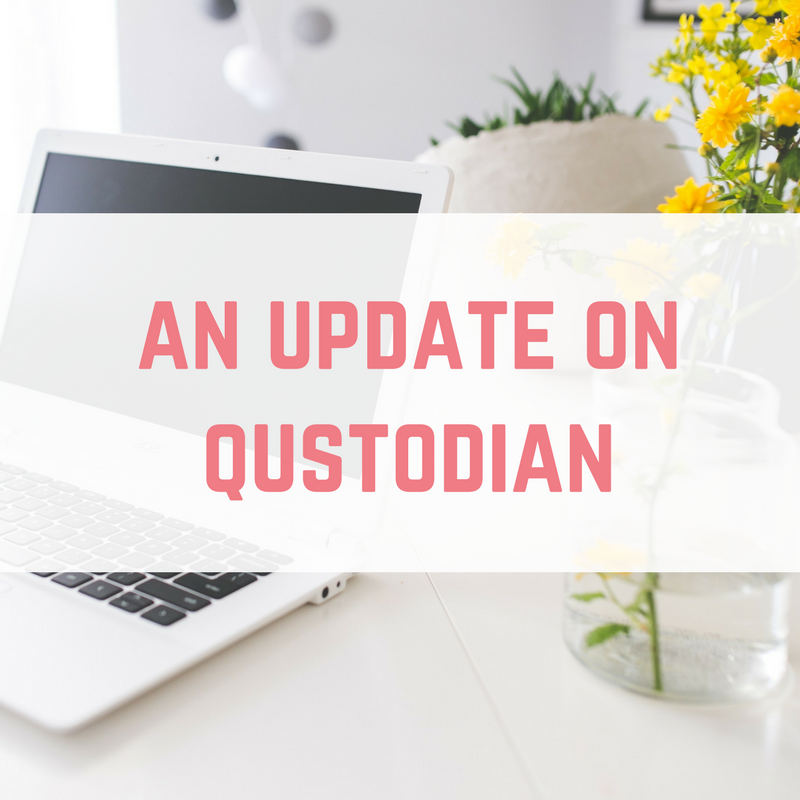