For most people, Monaco has an image of ultimate luxury and is thought to be the most expensive place in Europe, but planning a holiday to visit this beautiful country shouldn’t end before it begins. Due to publicity through mass media and the music industry, Monaco has earned a reputation as a place dedicated to the rich and famous. This exaggerated image of the city was also influenced by movies from the James Bond franchise, such as “Never say never” or “Goldeneye,” apart from the fact that some of the most prestigious Formula One Grand Prix and Monte Carlo Rally races take place in its capital.

But these are all exaggerations, the city is not made of gold, and sightseeing doesn’t cost a dime. Upon researching the go-to attractions that it has to offer, we can filter out the ones that don’t apply to our list of interests. 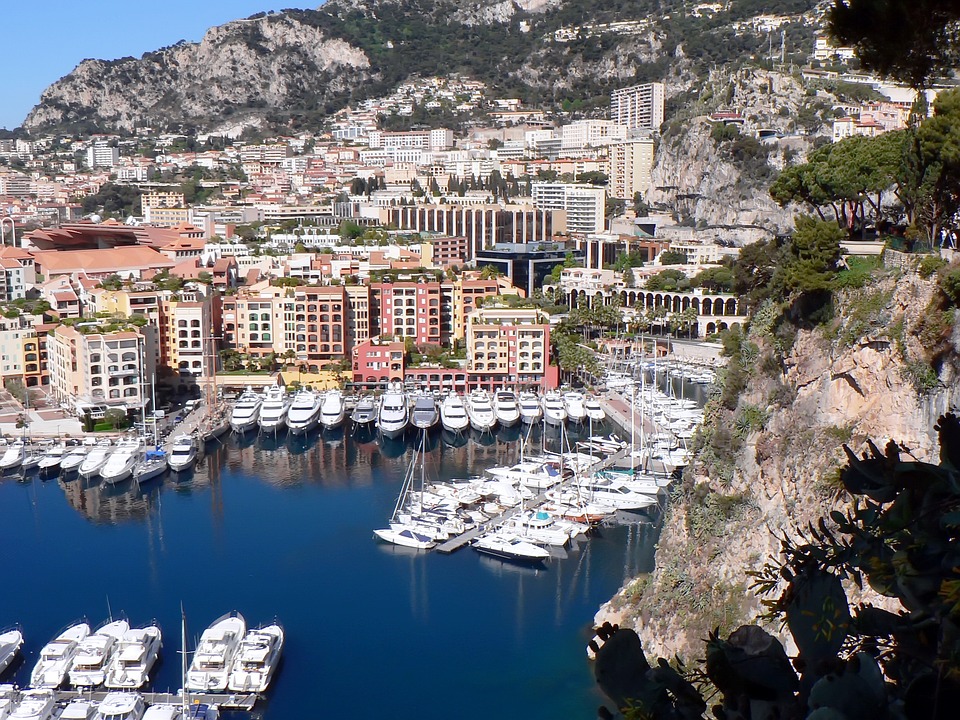 The fact that it is situated to the south of France makes it an excellent choice for a holiday destination, regardless of the season. The city’s opening to the Mediterranean is the reason behind the calm, subtropical climate that can be enjoyed throughout the year. In its coldest month, January, the temperatures usually average around 10°C, and while summers tend to get hot, the best time to visit and spend time on the beach would be in August, with an average of 24°C in sea temperature.

For starters, traveling to Monaco while saving some money isn’t hard. The best recommendation is to catch a low-cost flight to the airport in the French city of Nice and then take either the train or bus to Monte Carlo. The tickets for both options are below 5€ (or about $6.20 in USD) each and the landscapes on the way there will make up for the 20-to-40-minute trip. Another thing to keep in mind is that there are no hostels in the city, so the next cheapest accommodation option is the two-star hotels. Of course, spending the nights in Nice is also an option, commuting every day overall is less expensive than booking a hotel in Monaco.

When it comes to attractions, Monaco may be a small city-state, but it compensates with beauty. Probably one of the most representative buildings in the city is the Casino de Monte-Carlo. Within this remarkable complex, you can find a casino, the offices of Les Ballet de Monte-Carlo and the Grand Theater. This famous casino was opened in 1868 by François Blanc, a man known for his successful businesses and innovations. Although it has a €12 to 15€ (or about $15 to $19 in USD) entrance fee and a dress code, wandering around its outside gardens to observe this architectural beauty can be just as interesting.

Moving on to the other side of Monaco, the yacht-filled port of Fontvieille offers a spectacular view of the Oceanographic Museum and the Monaco Cathedral. Although both are worth visiting, the museum showcases a diversity of marine wildlife, including adult sharks! And while you’re there, it’s worth taking a stroll through the narrow streets of the Old Town.

Just remember to avoid the most common tourist traps like souvenir shops that would have higher prices than usual. Choosing to dine where the locals do is another tip to save some money while also experiencing the local culture. All in all, Monaco is a destination that deserves a shot and despite the preconceptions, can be enjoyed even on a tighter budget.

Previous Post: « Monday Money #1: Back To Basics
Next Post: Why It May Be Time For A Career Change »