Esdevium Games got in touch to ask if we would like to review some games – they can be a great money saver as they’re a lot of fun to play and apart from the initial outlay they don’t cost anything to play. They can offer hours of entertainment for the whole family. 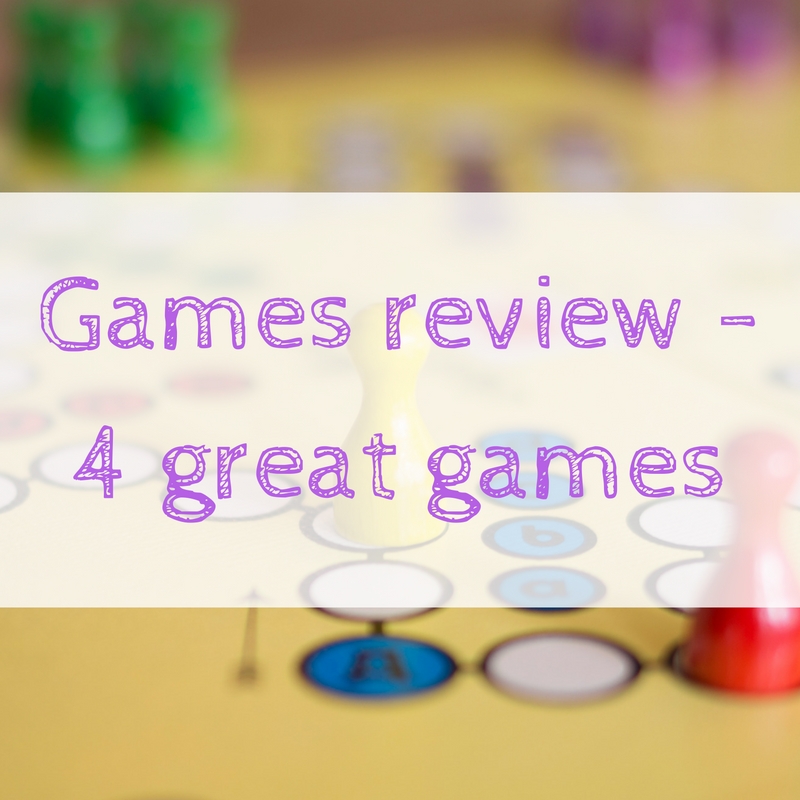 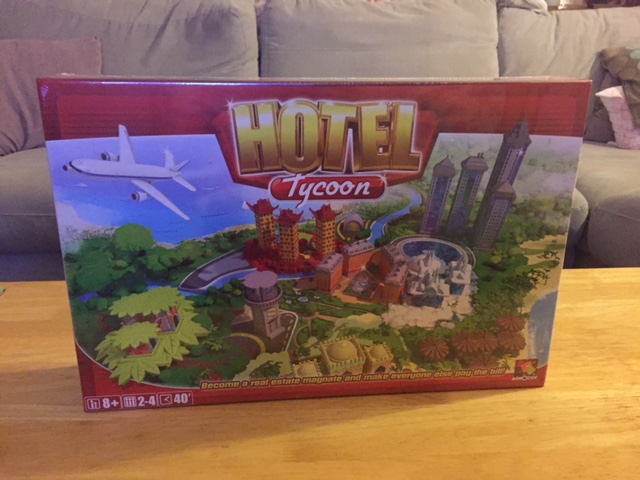 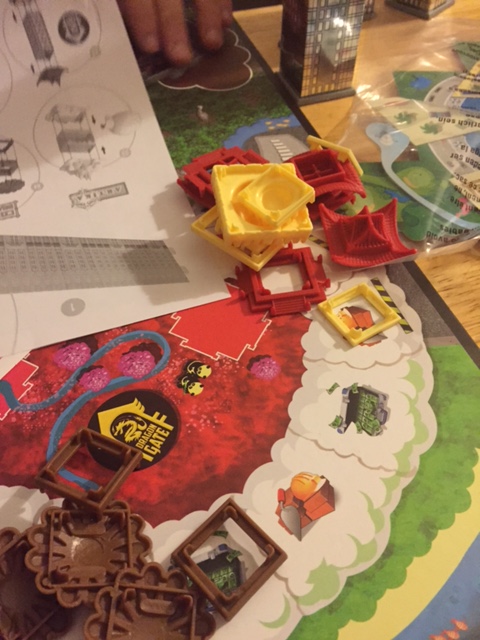 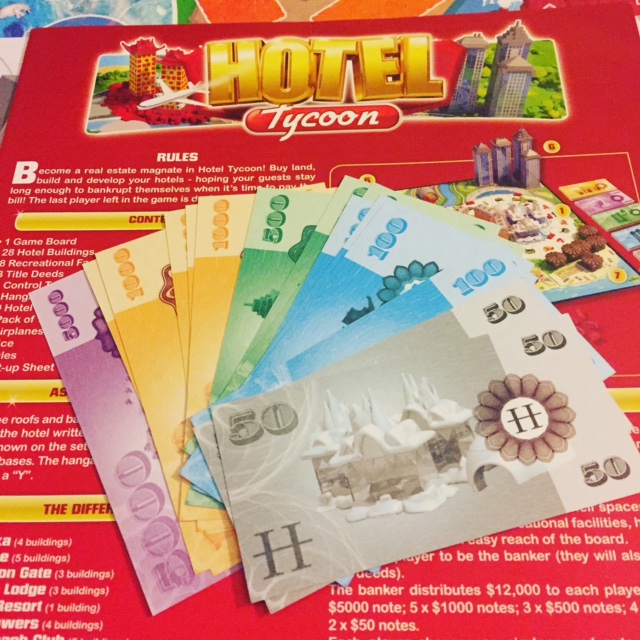 Some of you may have noticed, especially if you have been following me on social media for awhile, I love any of the tycoon PC games! Hotel Tycoon was the game that I was most looking forward to playing, and it did not disappoint.

This is the most expensive game that I was sent to review…but it was also the most fun. The initial set up took awhile as when you first play you have to build all the hotels using cardboard and plastic, which in itself took 2 of us around 30 minutes. I’d definitely suggest that you do this as soon as you’ve got the game instead of waiting until you want to play. It was easy to build them but time consuming. It is worth noting that once built they did all fit back into the box with careful packing. The buildings look great in game play and give it a real wow factor.

Playable with between 2 – 4 players, each game should take around 40 minutes. The aim of the game is to purchase land in hotel resorts and then build on them to build up your hotel empire. Whilst playing you will have to deal with building permit issues, upgrades and development.

We set the game up one night and raided the cupboards for snacks and alcohol for the both of us – after all, we wanted to make it a cheap night. All in all from setting up (building the hotels and setting up the game), reading the instructions for the first time, playing (I won!) and packing away it took around an hour and a half.

I loved Hotel Tycoon so much! I definitely want to get it out on Christmas day for the family to play. 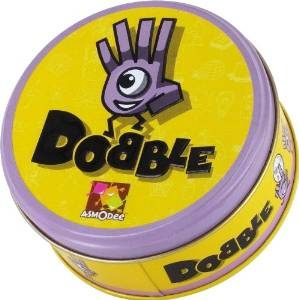 Dobble is a fantastic game for 2 – 6 players with so many ways to play it! You need to be fast, have good observation skills and great reflexes. The idea behind the game is simple – there are cards with pictures on and you need to spot the same picture on two different cards. But to make it more interesting, the images are different sizes and at different angles, making them harder to spot and not as easy as it sounds.

There are five mini games that you can play, making this great value for money. 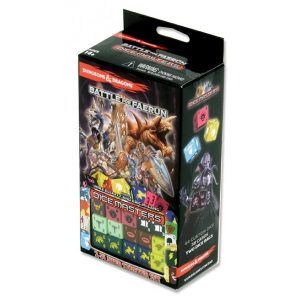 I was completely out of my depth with this game, and it definitely appealed to Tony more than myself. This starter set is great for 2 people and comes with 44 custom dice, 38 cards and two dice bags – everything you need to get started. Tony took to it like a duck to water, but it took me a long time to get my head around the game. I’ll be leaving for Tony and his friends to continue playing.

I’d never seen any game like Timeline before, so I couldn’t wait to dive in. You can play with between 2 – 8 players and a game lasts around 15 minutes. With 110 general interest cards, the aim is to place your cards on the timeline in the correct place to win.

This game is easy to set up with no complicated board. The game is quick so you can play it easily after dinner or to fill in some time. It also helps to generate discussion – and we found ourselves researching things we didn’t know afterwards.

Timeline is available in the following versions: Historical Events, Inventions, General Interest, Science and Discoveries and Music and Cinema.

Where to buy these games

On the High Street – Dobble, Hotel and Timeline are available in Waterstones. The Dungeons and Dragons Dice Masters is available in certain stores which you can find here.

Online:  Tesco, Argos and WHSmith stock Dobble and Timeline and Hotel Tycoon can be found at Amazon.

We loved trying out these games – Hotel Tycoon is clearly my favourite! As the nights start to draw in, it gives us something to do together at night that doesn't involve sitting in front of the tv.

Have you played any of these games? What was your favourite?

***I was sent these games free of charge to review, all thoughts are my own*** 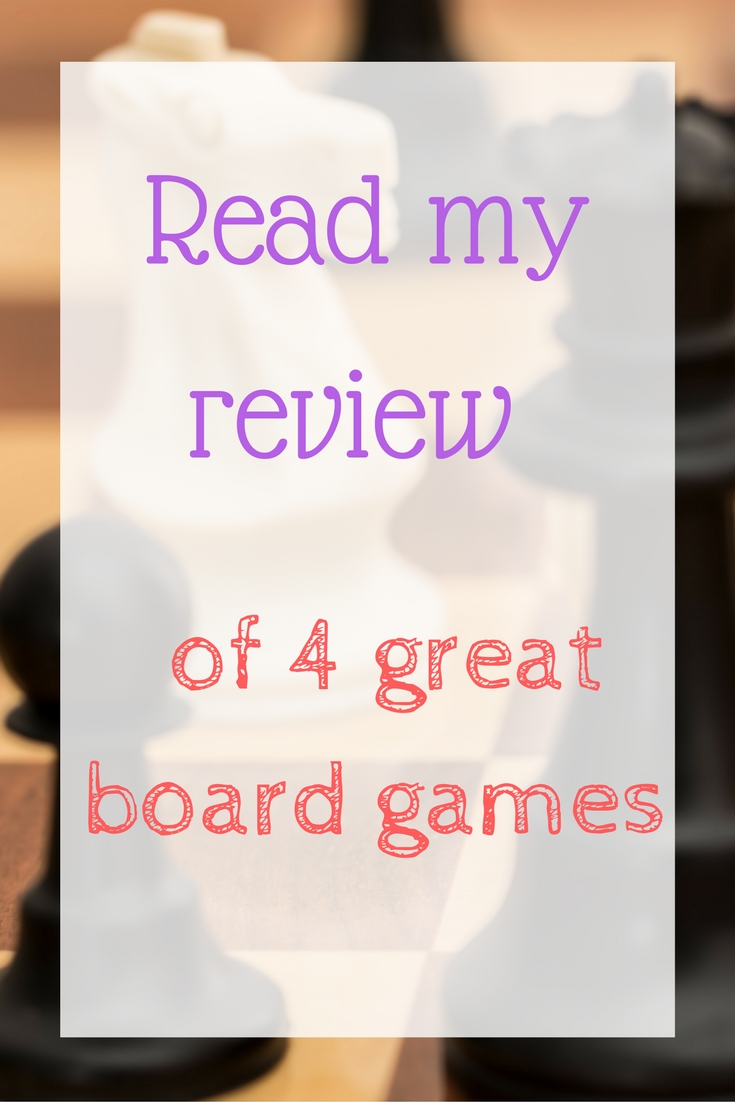 Previous Post: « I quit my job and here’s why
Next Post: What’s awesome in Home Bargains October 2015 »