There’s no denying it, it’s hard to get by in a post recession economy. We’re all working hard for long hours and even though we may have some online side hustles going to supplement our income, most of us are still feeling the pinch as inflation pushes prices up even as our wages stagnate. It can be extremely frustrating, especially when the shop windows are full of so many shiny, beautiful things to temp us. But even though the deck is stacked so heavily against us, saving money can be done. Saving money is kind of like losing weight. When people see the results, they all want to know what your secret is. And when they say “secret”, they’re hoping that you have a cheat, a quick and easy fix. The truth is, however, when it comes to saving money or indeed weight loss, the only sustainable solution is discipline + planning x time! Conscientious savers simply identify areas in their household budget where they’re over spending and act accordingly. Here, we’re going to look at why almost all of us are over spending on our mobile phones, despite years of loyalty to our service providers. 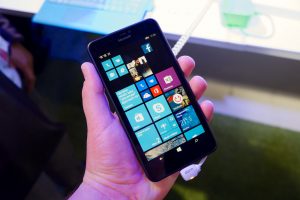 Think about it. How long have you been with your mobile phone service provider? A year? Two years? Ten years? Why is it that you’ve stuck with them. Really? Is it because they offer outstanding customer service? Is it because the phone service and 4G are so reliable? Or is it just because they’re… Y’know… fine? We tend to stay loyal to our phone companies simply because they haven’t done anything wrong and delivered a standard of service that’s simply satisfactory. We do this under the assumption that our loyalty will be rewarded. We assume that we’ll get better deals on better handsets and cheaper tariffs when our contracts expire. The trouble is… The phone companies don’t actually live up to this assumption.

There are a few ways in which mobile phone companies have been found guilty of ripping us off on upgrade deals, but the concept of the ubiquitous upgrade is something of a con in and of itself. When you think about it, it’s the very antithesis of saving. Look at the phone you have  right now. Is it jam packed with all the apps you need? Do you get enough data when you need it. Has the handset itself become monstrously deformed since you first got it? Then when you’ve paid it off, why not keep hold of it? Your life will continue just as it has and you’ll be much better off financially by replacing your expensive tariff with a Pay as You Go deal. Before you know ti you’ll be spending around £10-£15 on your monthly usage instead of upwards of £40. And that’s with unlimited data!

Of course the service providers don’t want us to do that so they try to tempt us with new phones with longer and more expensive contracts. Sure, they may offer you a newer, sexier phone packed with impressive sounding extras but do you really need them? Will your quality of life be vastly improved by a few extra megapixels on your camera or a scanner that recognises your face when you pick the phone up? Sure, you’ll perhaps get two weeks’ worth of bragging rights amongst your friends but is that really worth upwards of £25 wasted every month?

Moreover, will you ever use all those minutes and all those texts that they throw in as sweeteners? Changes in how we communicate using services like Skype, What’sApp, iMessasge and Facebook messenger have made spending money on texts a thing of the past.

Ofcom is not your friend

What you can do to take control

If you’re currently paying off a contract, you need to check that your term hasn’t already expired. Go into one of their stores or check your account online to find out exactly when you will have paid off your phone. If you have already paid it off and are still being charged the same amount in your monthly bill, you need to contact your service provider immediately to make a complaint and pursue a refund. If they are not co-operative in this matter (and there’s no reason why they shouldn’t be), here is some advice on taking your complaint to the ombudsman’s service.

Secondly, you need to get off the treadmill. Stop looking at the end of your contract as the point at which you’ve paid off your contract as when your relationship with your phone ends when this is actually where it starts. Get a new Pay As You Go SIM card and get whichever service provider offers you the best deal to transfer your number. That’s pretty much an instant saving with a minimum of inconvenience to yourself. Or, if you really can’t stand to look at your old phone any more, get yourself down to rapid Phone Buyer and click on Sell My Phone. You’ll get the best rates on the market and same day pay. From there you’ll be in a better position to negotiate with a new provider. 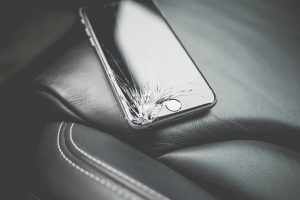 What happens if you don’t

If you don’t break this cycle you can expect to keep on being overcharged by your phone company and contribute to the increasingly unsustainable cycle of constant upgrades which are not only costing the world and a nation a fortune, all that inevitable e waste is horrible for the environment.

Previous Post: « Five Cryptocurrencies We Could Be Hearing Much More About in 2018
Next Post: 100 legitimate ways to make extra money »