Power generators are always associated with power outages. But how much do you really know about them? 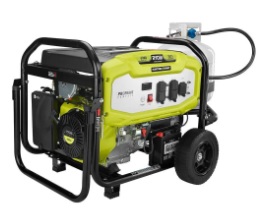 There are a number of important factors to consider when choosing a portable propane generator. Some factors include:  the frequency of use, how much power you need, the size of the fuel tank, noisy level, and the fuel type to use.

Why Use a Portable Propane Generator? 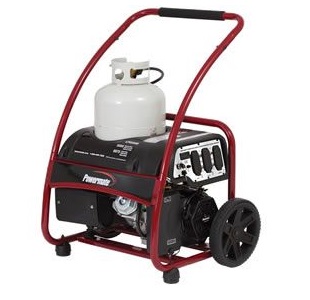 Why a portable propane generators? First we have to understand what propane is in terms of what it does, how it works, and why they are the better option.

Propane is a gas that is a by-product of natural gas and petroleum. It falls under a group of Liquefied Petroleum Gas (LPG). It is found mixed in rocks which was formed millions years ago because of the animal and plant fossils.

Like any typical generator, a propane generator works on principle to produce electricity through combustion.  Propane is clean fuel. Also known as fossil fuel, the use of propane has been long acknowledged to support the green movement. It doesn’t leave residues as compared to their fuel counterparts and has been recognized by various entities globally. Propane cuts the emissions into the environment and thus,  promotes clean air. As it is clean fuel which is good for the environment, it offers easy maintenance for your generator.

Propane is a safer alternative fuel. Propane is flammable but has a narrower range of flammability than gasoline. It ignites between 920- 1020 degrees whereas gasoline is between 90 to 300 degrees. In addition, there is a good safety record for propane mainly due to the rigid regulations and guidelines outlined by the propane industry.

The cost of purchase for portable propane fuel generators is slightly cheaper than their gasoline-fueled counterparts. The price range difference will be from 200 to 800 dollars. Aside from the initial purchase, propane generators generally cost less to maintain. The cost of propane to fuel your portable generator is almost half that of gasoline. Notably, in times of calamities, there may be gas hikes or gas shortages. With propane, the price may usually stay the same.

Propane has a longer shelf life. Gasoline lasts for about a year. With propane stored in tanks, it can be connected directly to your generator. Therefore, no spillage and fire accidents are prevented Compared to the gas generators, the transfer from the container to the tank allows room spillage and fire risks. Generally, propane-fueled generators will run 10-15% longer than gas.

Previous Post: « These Tips will Help you to Have the Best Wedding Day
Next Post: Is it worth doing 20Cogs during lockdown? » 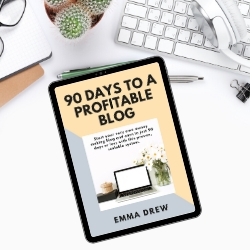