5 Habits to Help You Save Money when Cooking

It doesn’t matter if you are a food addict and always want to try new dishes or just occasionally cook for your family, you should have noticed by now that food can cost you a lot of money.

Actually, based on some extensive research done by the CreditDonkey, Americans spend more than 6.4% of their total annual income on food each year. And this is considered a low amount when compared with other countries. They say that a family with four members spend $712 to $1106 per month for groceries only.

While this may not sound a like a lot to some people but when considering that 62% of the annual income goes to housing and transportation, then the food bill is the first place to start managing better if you plan to save some money.

There are several ways to save money when cooking and when shopping for groceries but some of them require to buy a large amount of frozen or prepackaged foods at once, which is not very wise to do when you consider the impact they have on our health. 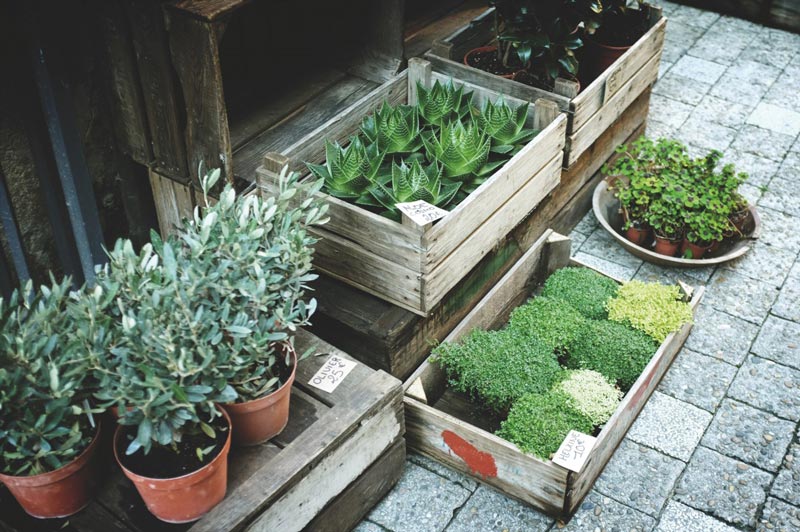 Here are 5 smart habits that you can do to start saving some money when cooking:

Let’s start this list with a classic tip: Skip processed foods. They may seem convenient to you, but they will drain your wallet without you noticing anything. They are not healthy either, so is a win-win. Most of the processed foods are full of sugar, sodium and fat, which make them not suitable for people with high cholesterol levels, diabetes or high blood pressure.

Also, if you can, skip canned food too. There are exceptions when it is very economical to buy canned food instead of fresh or when the food may require tons of preparing to make it, so canned packaging is the best option.

The truth is that canned foods are also not healthy and they usually contain high levels of sodium. What you can do instead is stock up some raw legumes and other foods that aren’t pre-cooked.

Fresh and raw foods are rich in proteins and fiber, making them very healthy for you. There are different ways to prepare these kinds of foods, such are beans for example. You can try to slow cook them on a crockpot, use a roaster or just pick a cheap gas grill and grill them instead. And on top of that, a bag of beans can be used for 2-3 meals, depending on the servings and only costs about $1.

One good habit to develop if you want to save money when cooking is to plan ahead. Try to plan your meals ahead and you would be surprised by the amount of money and food you will save.

Doing so, you will learn to cook a meal based on the food you already have in stock and you will prevent cooking more food than you need. You will be surprised if you know how much food gets thrown away because is left over.

If you plan your meal according to your needed portions, then you will avoid over-cooking and will know the exact amount of food you need to buy.

You can use your store circulars to plan your meals ahead. For example, there are certain cuts of meat that are on sale each week and you can use cheaper cuts of meat to cook great meals. For instance, pork shoulder is a very good option for tender carnitas, cheap beef cuts can be transformed into great meals if you know how to cook steaks properly, ham hocks are great for split pea soup etc.

Buy Produce when It’s in Season

When it comes to produce, you can save money in several ways. I know that is always a good idea to buy fresh produce, but when it is not the season, you can go for the frozen economical option instead. It is much cheaper to buy frozen produce than fresh imported one from other countries.

Another great way to save money on produce is to buy in bulk when is the season and freeze them for a later time. There are some stores, especially when the store specializes in one cuisine such as Arabic, Chinese, Indian, Mexican etc. which sell their produce for a much cheaper price, especially when is the season. You will be surprised to find 5 pounds of oranges for just $1 or other similar deals to these kinds of stores.

Cut the Protein
According to one study, Americans eat too much protein, and that’s because they consume a huge amount of meat. Meat is a great source of protein but you only need 46-54 grams of protein per day, so there is no need to eat a lot of meat.

Besides choosing a cheap cut of meat to cook, you can also find other ways to get your protein intakes. Legumes are also a good source of protein and they are much cheaper than meat. One cup of chopped kale offers about 2.9 grams of protein and some type of beans offer up to 39 grams per cup.

You just have to be more creative; Add some peanuts or cashews on your stir fry dishes, add some beans along small cuts of meat and consider eating more vegetables like spinach, broccoli or kale.

Grow Your Own Food

Try to grow some of your own food. You can also turn this habit into a hobby eventually. Fresh and self-grown food can help you reduce the grocery bills a bit.

Growing your own food is a very good habit to have, especially if you have a bay window or another area of your home that receives a substantial amount of sunlight. You can even transform it into a small cooking spot with a table and a built-in garden grill.

If having a small garden is not possible for you, you can try to regrow certain foods such as celery, lettuce or scallions. Regrowing your food in water is a great way to save some money and also to add some plants to your kitchen area.

Trying to save money when cooking can be a difficult task for many but if you learn to develop some of the upper mention habits, you will notice that it’ll save you lots of money at the end.
Start looking towards healthier, simpler and easy-to-make dishes to give you an idea of what ingredients to buy. Cooking is all a matter of being creative and enjoying while you make it, so don’t forget to have fun too.

Goodness me I am anxious atm! If you missed it in